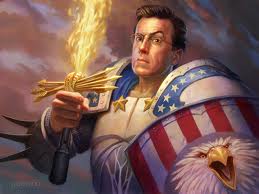 Recently Stephen Colbert’s sister was unable to defeat the Appalachian Governor in his attempt to re-enter politics.  Predictably, the brother was disappointed in the good people of South Carolina.  But in my humble opinion he went too far.

I just spent the weekend at the North Carolina State Fairgrounds where I worked at the furnace burning Hickory wood to use as fuel to smoke our BBQ pig cooker.  The pig went on at 11:30 at night and was served at 11:00 am the next morning.

There is no need to mock it:

Comedian Stephen Colbert re-energized the debate over barbecue in the Carolinas on Wednesday night, saying he would learn to love the North Carolina version – and then pretending to gag when he tried it.

Colbert, of the Comedy Central’s “Colbert Report,” is from Charleston, S.C. His sister, Elizabeth Colbert Busch, lost to former South Carolina Gov. Mark Sanford in a race for Congress Tuesday. Sanford won despite the fact that he had an affair as governor and lied about his whereabouts.

On Wednesday, Colbert expressed outrage with his home state on his show.

“My sister lost! How could this happen?” he said. “I was so sure Lulu won because CNN called it for Sanford.”

“From now on, and I never thought I would ever say this, I am from North Carolina.

“I’m a Tar Heel now. Whatever the [bleep] that means.

“But most shockingly, I will no longer enjoy South Carolina’s tangy, savory and deeply delicious barbecue made with our unique mustard-based sauce.

At that point, Colbert whipped out a big plate of barbecue and took a bite. Then he made a face, pretended to gag and acted like he was having a hard time swallowing.

“I tell you what,” he said while shoveling the rest of the barbecue in the trash, “I might just save the rest of that for later.”

He then guzzled a bottle of mustard sauce and declared, “I can’t do it. I love South Carolina too much.”

There is no reason to bash the North Carolina BBQ. 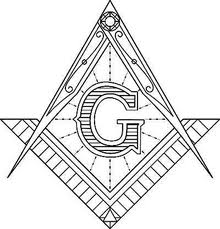 I have largely been absent for the last week or so.  I am spending most of my non-work time organizing a BBQ fundraiser here in Raleigh.

We are selling BBQ plates to raise money for a local charity:

PLM Families Together is developing a new housing service that moves families directly from homelessness into housing or from other shelters into housing. Rather than having families move from shelter program to shelter program in today’s times when the short term stay at shelters is not enough for family stabilization, we will focus on stable housing first. Once housed, we will continue to work with the family for 12 months, helping them learn the skills for budgeting and working with landlords that is needed to maintain that housing. Housing first reduces the number of transitions for the family. Initial rental subsidy will be available for housing and will gradually decrease as families meet their goals; a less expensive model than renting our own apartments.

Additionally, we are selling tickets that will donate a plate to Urban Ministries of Durham.

UMD is the point of entry, triage and emergency services in the Durham homelessness continuum of care network.  Our programs are designed to:

It’s been very busy and challenging, but the event will be held this weekend.  I  can’t wait to see the whole of the experience result in success.

By the way, if you’re interested in participating, I have the ability to sell tickets through PayPal and you can contribute to the donation of a plate of Carolina BBQ to the folks over at UMD.  Just drop me a note in the comments or e-mail me at: