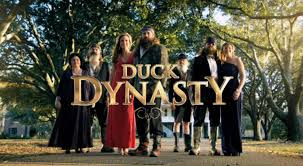 Late Friday night A&E announced that is was going to resume filming the show with family patriarch Phil Robertson:

(CNN) — Little more than a week after it suspended “Duck Dynasty” star Phil Robertson for incendiary remarks about homosexuality, the cable channel A&E said Friday that it would include him in future tapings of the reality television show, effectively lifting the suspension amid a flurry of petitions in support of Robertson.

I’ve stated many ties that I am a firm believer in the concept that people enter into relationships voluntarily and that they may exit those relationships at their discretion.  For example, if I take a job and begin to grow out my hair -I have hair down to my mid back- I should feel free to do so.  However, if my employer doesn’t like her employees to have long hair, she should be free to terminate my employment.

I have no problem with A&E terminating Phil Robertson for his hair, his beard, his age, his religion or his general redneckiness.

But we don’t like in my world – we live in a world where people have been granted civil liberties.  And one of those liberties is the protection of religion.  I may not hire or fire someone based on their religion.

And Phil was.  He was fired for his fundamental Christian beliefs.  There isn’t anyone who thought that he would have answered in any other way than he did when asked about his feeling towards homosexuality.  None.

And as much as I disagree with Phil, and agree with A&E’s right to fire him, the rules of this real world don’t support their decision.

Now, I’m also not so naive to think that A&E backed down due to some noble adherence to law; no – make no mistake about it, they backed down because without Phil they lose 14 million viewers and the money that goes from “Duck Dynasty” to “Duck Commander”.

Phil wins, for the wrong reason, and I lose.