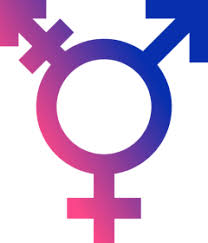 President Trump announced a ban on trans-gendered troops in the military this morning:

WASHINGTON (AP) — President Donald Trump abruptly declared a ban Wednesday on transgender troops serving anywhere in the U.S. military, catching the Pentagon flat-footed and unable to explain what it called Trump’s “guidance.” His proclamation, on Twitter rather than any formal announcement, drew bipartisan denunciations and threw currently serving transgender soldiers into limbo.

“Please be advised that the United States Government will not accept or allow Transgender individuals to serve in any capacity in the U.S. Military,” the commander in chief tweeted.

I have multiple reactions:

I honestly don’t think Trump cares whether someone is gay or trans.  I’d bet his companies are comparable to others when it comes to the demographics of his employees.  No – I think this announcement is meant to shore up a base he thinks he might be losing or he’s changing the dialogue.

This entry was posted in Liberty and tagged Donald Trump, Transgendered. Bookmark the permalink.