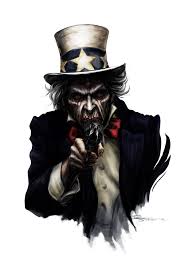 This entry was posted in Liberty and tagged Barack Obama, Climate Change, Donald Trump, Paris Accord. Bookmark the permalink.