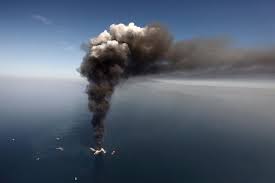 Last month I posted on the impact of the Deepwater oil spill as it related to food safety.  Commentor Corey C made good point that safety is only one aspect of the catch being impacted; the size of the catch is important as is the value of that catch.

It turns out that Corey was correct; the volume was impacted due to the spill.  I don’t think that anyone would be surprised by that knowledge – throwing that much oil, that amount of chemicals in the water is gonna kill a lot of stuff.

And the value of that catch?

Despite the fluctuations in total landings, the value of fish harvested in the Gulf of Mexico has generally been increasing. Total value increased by 48% from $636 million in 2009 to $940 million in 2013, primarily due to increases in the prices of shrimp.

This surprised me.  I would have thought the value of the catch to fall with the volume – the idea being that volumes elsewhere would have stayed consisted driving the price stable; a stable price with falling catches would have decreased the value.

So, as far as the “seafood” is concerned, the fact that we are seeing diminished volumes is ‘bad’.  That’s assuming the populations rise and fall with the catch – or rather vice versa.  However, the good news for the fishermen is that their take home pay should be increasing.

This entry was posted in Environment and tagged Deepwater Horizon Oil Spill, Seafood. Bookmark the permalink.

One response to “Deepwater Horizon Oil Spill – Volumes and Values”