Oh To Be Young – And Dumb 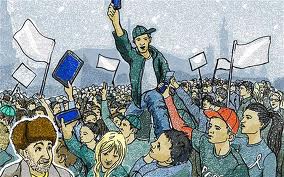 I have a sense that the younger generation is  more accepting of socalism than the rest of us: 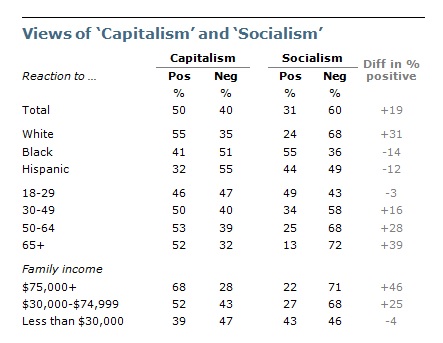 Which, on the balance I guess, shouldn’t be surprising.  After all, the brain functions of an individual are not fully formed until sometime after 24-25.  Combine that with the constant praise and bubble of “failure-less” living that today’s parents provide, we shouldn’t be shocked to learn that our youngest citizens are fully accepting of the fact that other people should labor for their benefit.

So the young feel that things should be taken care of for citizens of this country sans work?  Or, perhaps I’m a little rough on the summary and should allow the conversation to be more complete and take the position that we, as a society, should provide a helping hand to those in need.

But check out this story pointed out over at Vern Kaine’s place:

If Jessie A. Myerson is the sort of pot-headed idiot we’re leaving the country to in the next generation, then I would weep for the future except for one thing – that I know these idiots, even if they got all they wanted, would eventually hand all their land, wealth, and toys back to us “evil capalists” one way or another.

And why?  Because we’re smarter, we’re faster, and we think ahead.  Capitalists are the chessmasters, driven by things like math, strategy, tactics, and innovation, while these Occulosers are driven by nothing but a hunger for Doritos and a sense of being “wronged.”  That’s not enough to compete or live in today’s world, and their utopian fantasies of mural painting, “free” jobs for everybody, and all that bunk will all remain in a world we’ll get nowhere close to, especially with idiots like Myserson at the helm.

What might cause such a reaction from our friend?  Check this out:

Here are a few things we might want to start fighting for, pronto, if we want to grow old in a just, fair society, rather than the economic hellhole our parents have handed us.

1. Guaranteed Work for Everybody

Unemployment blows. The easiest and most direct solution is for the government to guarantee that everyone who wants to contribute productively to society is able to earn a decent living in the public sector.

2. Social Security for All

But let’s think even bigger. Because as much as unemployment blows, so do jobs. What if people didn’t have to work to survive? Enter the jaw-droppingly simple idea of a universal basic income, in which the government would just add a sum sufficient for subsistence to everyone’s bank account every month.

3. Take Back The Land

Ever noticed how much landlords blow? They don’t really do anything to earn their money. They just claim ownership of buildings and charge people who actually work for a living the majority of our incomes for the privilege of staying in boxes that these owners often didn’t build and rarely if ever improve.

The most mainstream way of flipping the script is a simple land-value tax. By targeting wealthy real estate owners and their free rides, we can fight inequality and poverty directly, make disastrous asset price bubbles impossible and curb Wall Street’s hideous bloat.

4. Make Everything Owned by Everybody

Hoarders blow. Take, for instance, the infamous one percent, whose ownership of the capital stock of this country leads to such horrific inequality. “Capital stock” refers to two things here: the buildings and equipment that workers use to produce goods and services, and the stocks and bonds that represent ownership over the former.

This detachment means that there’s a way easier way to collectivize wealth ownership than having to stage uprisings that seize the actual airplanes and warehouses and whatnot: Just buy up their stocks and bonds. When the government does that, it’s called a sovereign wealth fund.

5. A Public Bank in Every State

You know what else really blows? Wall Street. The whole point of a finance sector is supposed to be collecting the surplus that the whole economy has worked to produce, and channeling that surplus wealth toward its most socially valuable uses. It is difficult to overstate how completely awful our finance sector has been at accomplishing that basic goal. Let’s try to change that by allowing state governments into the banking game.

So much wrong, so very much, that I just don’t have the words.

This entry was posted in Economics, Idiots on Parade, Politics: National and tagged Socialism, Youth. Bookmark the permalink.