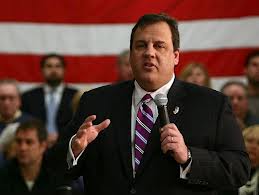 All government is coercion.

The Christie administration retaliated against a political slight.  But they didn’t retaliate against the political operative, in this case a democrat mayor who didn’t endorse Christie for governor – no, they retaliated against the people that live in the mayor’s town.  The Christie administration order lane closures to ensure a traffic nightmare would take place on a bridge serving the mayor’s town.

This isn’t denying an appointment, this isn’t leaking sensitive information to the press and this isn’t shelving legislation favored by an opponent.  This is wanted abuse of political authority it retribution of a perceived slight.

This was planned, this was deliberate and this was malicious.

Will this signal the end of his career?  Who knows – I doubt it.  Traffic is traffic after all.  And, to be sure, the only career he has remaining is to be a serious contender for the GOP nomination in 2016; something he wasn’t guaranteed to win before this happened.  But if I had to guess, this alone doesn’t sink his chances, in fact, how he handles it may serve to help him.

This entry was posted in Politics: State, Republicans Can Be Leftists Too, States Behaving Badly and tagged Chris Christie, Corruption, Trafficgate. Bookmark the permalink.