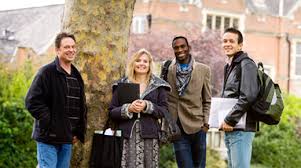 The Affordable Care Act is in the “Open Enrollment” phase.  And for many Americans, it’s the first time that they ‘re shopping for insurance.  And as they go through the process, they’re going to have to make some decisions.  And I get that the whole thing might be overwhelming, I have to shake my head at this analysis:

Young adults could pay relatively little up front for Obamacare, only to pay a lot later.

They may be more likely to buy cheaper plans on the health care exchanges, but they are often less informed about how high out-of-pocket costs, including deductibles, can erase any savings realized from the lower premiums, potentially leaving them with crippling bills, experts told CNBC.com.

“I think the exposure is pretty high. It’s way higher than most people are used to,” said Karen Pollitz, a senior fellow at the Kaiser Family Foundation, the health policy research group. “There will be some people who will, for whatever reason, end up getting high-deductible health plans, and I think some of them may not like it.”

Forget, for a second, what “could pay relatively little up front” means.  The fact is that most likely these young folks face two facts:

As for point 1, while they would be exposed to the same crippling costs, at least now that cost is limited.  Anyway, the point is, that people all over creation are forgetting that we are talking about insurance – the protection against risk.

When I was young, my dad would implore me to purchase just such a catastrophic plan.  And now, as I manage young college graduate entering the corporate work force for the first time, I coach them the same way.

Buy the least expensive high deductible plan you can find.  Then, fund an HSA to the max up to or exceeding that deductible.  For the young, the benefits are two fold.

One last thing.  The article mentions the cost of such a plan:

The cost before the ACA?

Now, how expensive in insurance for a 30 year man in the same ZIP?

The plan with the lowest deductible that is the cheapest looks like this:

It will be fun to watch this thing as it moves from enrollment to functional plan.

This entry was posted in Health Care, Politics: National and tagged ACA, Insurance. Bookmark the permalink.