The Pentagon Furloughs Hundreds Of Thousands 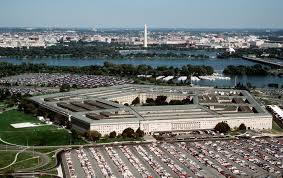 So, as a Libertarian, there is a lot to like in having the government shut down.  First, the guilty pleasure and second, the opportunity to display to the nation we can do without much of the government apparatus we have in place.

But here is a benefit that I would expect the Left to embrace:

Half of the department’s 800,000 civilian workers are slated for furloughs beginning Tuesday.

As far as I’m concerned, the Pentagon is just another government agency, although much more legit than many others, and is subject to bloat in the same way that all agencies are subject to bloat.

2 responses to “The Pentagon Furloughs Hundreds Of Thousands”