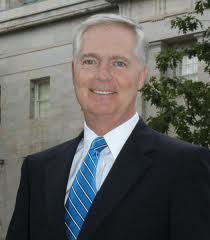 I’m not sure why the good governor is getting involved, but past North Carolina governor, Mike Easley, has filed suit over changes to a program here – More at Four:

Raleigh, N.C. — Former Gov. Mike Easley, who created the More at Four early childhood education program more than a decade ago, has jumped into the legal battle over access to pre-kindergarten programs in North Carolina.

The North Carolina Supreme Court could hear the case as early as October, and Easley filed a brief Wednesday in support of wider access.

Two years ago, Manning threw out legislative changes to the early childhood education program that limited access and required parents to pick up part of the cost. He ruled that North Carolina has a constitutional duty to provide pre-kindergarten to at-risk 4-year-olds.

Lawmakers later dropped those limitations, but as part of this year’s budget, they changed the definition of “at-risk” to reduce by half the number of children who would qualify for NC Pre-K, the state-run pre-kindergarten program that Republican lawmakers created to replace More at Four and the Smart Start program.

On the one hand, as a citizen, Easley is free to file suit any way that he sees fit.  And for someone who cares about education, working hard to save a program that he created might make sense.

But it smells of politics.

As for the success of early education – the benefits fade away as the child grows up and slower students catch up:

Head Start had an impact on children’s language and literacy development while children were in Head Start. These effects, albeit modest in magnitude, were found for both age cohorts during their first year of admission to the Head Start program. However, these early effects rapidly dissipated in elementary school, with only a single impact remaining at the end of 3rd grade for children in each age cohort.

Not all money spent on education is spent well.  So the idea that reducing the spend on bad policy somehow represents an “attack on education” is insulting.