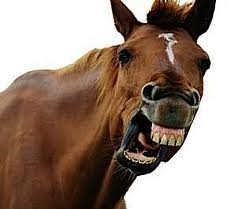 I’ve long been a supporter of gay rights.  The contract between two individuals should be sex-blind to the state.  Two men, a woman and a man or two woman, no matter.

And I’ve been a long time opponent of the liberal left.  These people, the extreme left, have no moral compass, no rule and guide of faith that gives them direction in how to function in society.

The following is an interesting composite of my experience.  Some of my most favorite times were in Seattle.  I learned a ton while there.  And I’m sympathetic to the pro-gay movement.  Yet I resist the methods used by the left.  Abuse, assault and crime in the highest order.

This is why I combat the left:

That fat bastard is seen as a hero to the cause in his circle.  To anyone with even a minimum of manners he’s a brute, a bully and a criminal better served in prison than left alone in decent society.

Such is our militant liberal left.

This entry was posted in Idiots on Parade, Politics: State and tagged Gay Rights, Seattle. Bookmark the permalink.