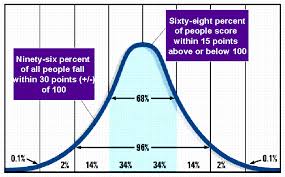 This is going to go over like a ton of bricks:

One of the authors of a Heritage Foundation report that panned a Senate plan to overhaul the nation’s immigration laws argued in his doctoral dissertation that immigrants generally have lower IQs than the “native white population” of the United States.

Jason Richwine, who received his doctorate in public policy from Harvard in 2009 and joined the conservative Heritage Foundation in 2012, wrote in his dissertation titled “IQ and Immigration Policy” that immigrants in the U.S. have lower IQs than native Americans, and that that difference “is likely to persist over several generations.”

“The consequences are a lack of socioeconomic assimilation among low-IQ immigrant groups, more underclass behavior, less social trust, and an increase in the proportion of unskilled workers in the American labor market,” Richwine wrote, in a story first reported by The Washington Post. “Selecting high-IQ immigrants would ameliorate these problems in the U.S., while at the same time benefiting smart potential immigrants who lack educational access in their home countries.”

I’ll drift over to our more liberal media sources later to see if this is making waves.

This entry was posted in Immigration and tagged Heritage, IQ. Bookmark the permalink.

One response to “Immigration, Heritage and IQ”