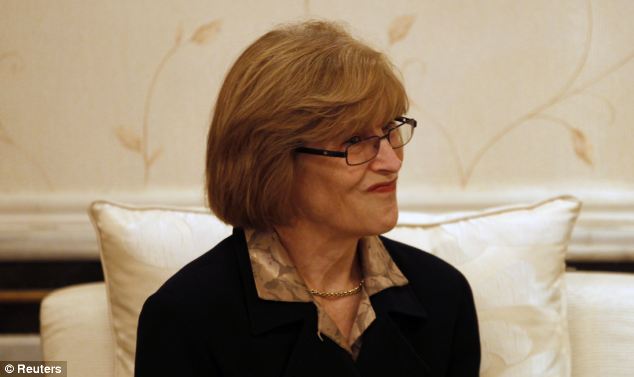 After watching a good portion of the hearings this afternoon I was struck by three facts:

Let’s focus on the first; the knowledge within the administration that this was a terrorist act carried out by an organized enemy.

A top State Department appointee told Libya’s ambassador to the United States one day after the military-style assault on the U.S. Consulate in Benghazi that the terror group Ansar al-Shariah was responsible.

But four days later, the U.S. Ambassador to the United Nations said on television that it was the product of a spontaneous protest.

During a fiery and emotional congressional hearing on the 2012 attack on the U.S. Consulate in Benghazi, Rep. Trey Gowdy read aloud from an email dated Sept. 12, 2012 to senior State Department officers, from Elizabeth Jones, the acting Secretary of State for Near Eastern Affairs.

Describing a conversation she had with then-Libyan ambassador Ali Aujali, Jones wrote in the previously undisclosed email that ‘I told him that the group that conducted the attacks, Ansar al-Sharia, is affiliated with Islamic terrorists.’

The acting Secretary of State for Near Eastern Affairs told the Libyan Ambassador to the United States that the group that conducted these attacks was affiliated with Islamic terrorists.

What this means is that every single word that Obama, Clinton and the rest of the administration regarding the YouTube video, not to mention the arrest of the man who posted it, was flat out untrue.

This wasn’t a fog of war type situation.  There was no careful couching of words due to a potential lack of clarity.  This wasn’t a “all indications seem to validate the strong likelihood of an element of organization, possibly linked to known terrorists, again possibly Islamic in nature…yada yada yada”.

No.  This was a clear and sure statement from a ranking American diplomat to the Libyan Ambassador to the US that, in fact, we know what this was and here it is.

But who saw this email?

Her email, Gowdy said, went to ‘almost everyone in the State Department,’ including spokeswoman Victoria Nuland.

They all knew.  And then:

Nuland, according to a report in The Weekly Standard, was instrumental in raising red flags about the CIA’s candid assessment of how and why the consulate was attacked, which the agency prepared as talking points for members of Congress.

And according to a report from House Republicans released in April, Nuland wrote in an email that ‘my building leadership’ at the State Department wasn’t happy with those talking points.

In the ensuing 24 hours, the talking points were edited heavily, reportedly by White House deputies, and all references to Islamic terrorism were removed.

Jones is clean I suspect.  Nuland?  She’s complicit.  She saw the email and took demonstrable actions.  Further, she implicates “my building leadership” in her response.

After the hearings today, there is no longer any doubt that the administration knew these attacks were not the result of a spontaneous protest.  It is very clear that full knowledge of the actors in Benghazi were known and little, if any doubt, existed.