There Are No Journalists Anymore: Version 12,567 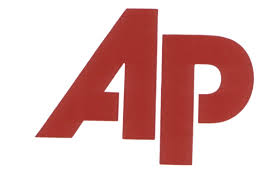 I’m sure there are example on both sides of the ideology spectrum; right and left.

But this one’s a doozy:

RICHMOND, Va. –  Gov. Bob McDonnell has signed legislation into law that will require voters to carry photo identification with them to the polls, starting next year in Virginia.

Virginia joins four other states that have strict photo ID requirements in place for elections, an action Democrats decried as a Jim Crow-era tactic to suppress the votes of the elderly, minorities and the underprivileged.

“This is merely a continuation of attempts by Republicans to suppress the vote of individuals who are not likely to support their right-wing agenda. I guess it’s true that if you can’t win elections the right way, cheat,” said Sen. Mamie Locke, D-Hampton and chairman of the Virginia Legislative Black Caucus.

Republican majorities in the Virginia House and Senate pushed the bill to passage one year after a more modest GOP-sponsored voter identification law failed to prevent President Barack Obama from winning Virginia for the second presidential election in a row and a Democratic U.S. Senate victory.

I think it is entirely fair to point out that one side, one team, feels the republicans are pushing this law through for the exact reasons mentioned above.  I have no issue with that.  And, in fact, that point was made by inserting the quote from Locke.  And further in the article, next paragraph, the reporter points out that republicans have their reasons for passing the law.

But the editorial section is totally out of line.

This entry was posted in Politics: National and tagged Media, Virginia, Voter ID. Bookmark the permalink.