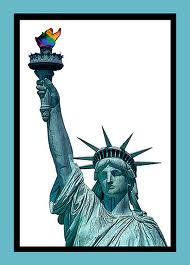 Marriage.  I think the word has two different meanings.  One speaks to the personal and spiritual belief in the institution.  The other is nothing more than a contract between two individuals as recognized by the state.

Independent of one’s view of the spiritual meaning of the act of marriage, it is clear to me that the institution as recognized by the sate should view the union only as a contract; independent of religion or sex.

To that end, a church in North Carolina, after seeing the state vote in favor of a constitutional amendment banning gay marriage by 61% of the vote, has decided that it will no longer perform marriage services for anyone until gay marriage is recognized by the state of North Carolina.

The church’s 18-member leadership council is asking pastors to conduct relationship blessings rather than marriage ceremonies in the sanctuary until the United Methodist Church changes its policies, according to a statement by Equality NC, a statewide organization working to secure equal rights and justice for lesbian, gay, bisexual and transgender residents.

And the church isn’t just saying that they view the state recognize same sex marriages as legitimate contracts, rather they are going a step further:

In a statement on its website, church officials declared that committed same-sex relationships are “no less sacred” as heterosexual unions.