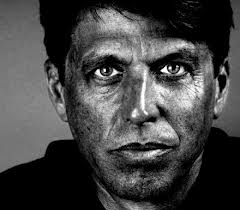 I’d like to change the terms and introduce what a word that a buddy of mine at the office and I use:

I work in corporate America and it’s fast and quick.  There’s little time to do it once, none to do it twice.  I quickly learn who delivers and who doesn’t.  And I gravitate to those who do.

The 18-year-old hiked through an ice storm for 10 miles to interview for a minimum wage position with Dairy Queen Inc., and a local restaurateur was so impressed that he hired Reagan for double the state minimum wage, which would make his salary $14.50 an hour.

Reagan’s dedication came to light Friday while he was trudging through a winter storm outside Indianapolis for the Dairy Queen job. On the way, he asked a man for directions. The man turned out to be Art Bouvier, the owner of a local restaurant, Papa Roux Cajun Cooking. When Bouvier learned of Reagan’s 10-mile journey, he asked the 18-year old, “How come you’re not on the bus?” Reagan answered: “I can’t afford the bus until I get a job,” Bouvier told Indianapolis TV station Fox59

After picking up Reagan, Bouvier dropped the teen off at his interview. But before he let him go, Bouvier told him that whatever the Dairy Queen offers, he’d double it for him to start working with Papa Roux, according to conservative news site TheBlaze. After his interview, Reagan soon found out that the Dairy Queen decided to fill the position with another candidate. But Bouvier told Reagan that he’d have a job waiting for him at Papa Roux on Monday.

When I turned 10 years old my father gave me a job.  I’ve been pullin’ a paycheck since.  While I never walked 10 miles for an interview, I DID walk through snow and ice and cold doing the job.

We’re a nation of do’ers, non-do’ers and done’ers.  We need more of one and fewer of the others.

This entry was posted in Life, Raising Men and tagged Hard Work. Bookmark the permalink.