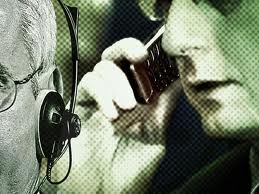 I have a strong distrust of government over reach.  I think that we often times allow out government to go far too far in what we think are noble intentions.  But I have to admit that I am at a loss in this area.

But now consider this.  A foreign terror suspect, on foreign soil.  Can we listen to his communications?  And what if those communications are between him and an American citizen?

This is what we’re talking about:

The FISA Amendments Act, (.pdf) which was expiring Friday at midnight, allows the government to electronically eavesdrop on Americans’ phone calls and e-mails without a probable-cause warrant so long as one of the parties to the communication is believed outside the United States. The communications may be intercepted “to acquire foreign intelligence information.”