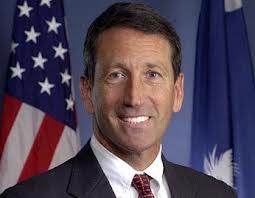 I admit, when Mark Sanford lost all sense of self back in the days of his affair, I was a little more than just disappointed.  When folks would ask me who I hoped would run, Sanchez was at or near the top of my lost.

But then, well, then he lost all sense of self.

He cheated, in more ways than one:

He’s engaged now.  Engaged to his mistress so maybe there is something to those “matters of the heart”.  But there’s a good way and a bad way to handle such matters.  Hiking the trail clearly is one of the bad ways.

And that doesn’t begin to explain the lying.

But it looks like Mr. Sanford is gonna make a run at redemption:

Former South Carolina governor Mark Sanford will announce on Wednesday that he is going to run for the congressional seat he held in the 1990s.

Sanford outlined his plans in an interview published by National Review Online.

I firmly believe that we need more people like Mr. Sanford was before his loss of sense.  The only question I have is this:

Should he be forgiven?