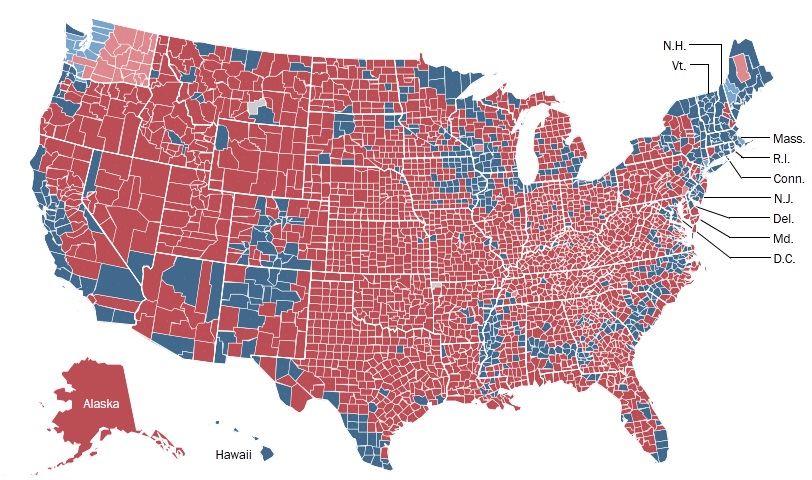 I recently saw this map on my Facebook page.  The point my friend was trying to make was that from a geographic standpoint, America is dramatically conservative.

Whatever, votes aren’t awarded by landmass they’re awarded by population.

However, I noticed a pattern that I blogged about earlier in the election cycle.  Notice the think blue line running from Louisiana through Mississippi, Alabama, Georgia and then North and South Carolina.  A small and thin band no more than 1 or 2 counties wide in most cases.  All situated in the heavily republican deep south. 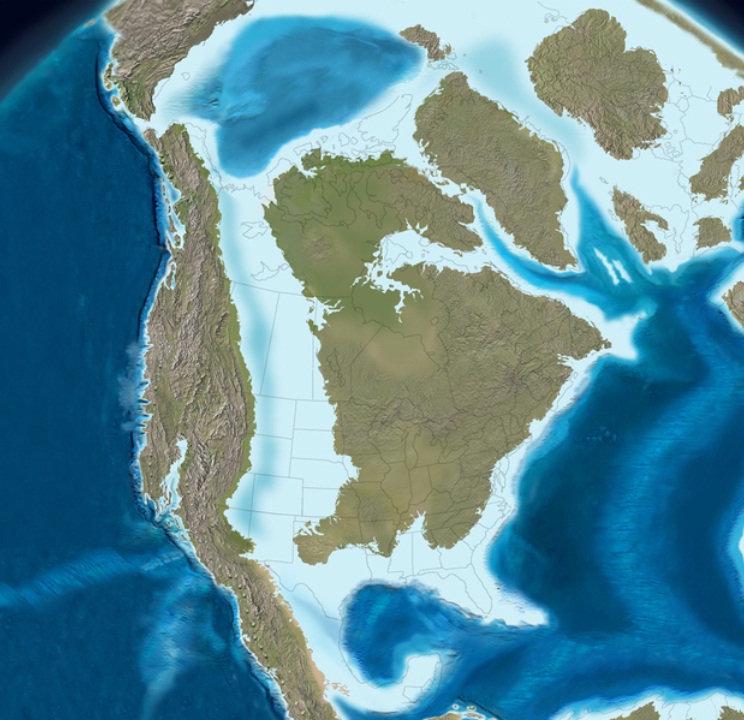 It’s an image of North America as it looked during the Cretaceous era, 129 million to 65 million years ago. As you can see, much of the continent was still covered by water. The Deep South had a shoreline that curled through the Carolinas, Georgia, Alabama and Mississippi, and there, in the shallow waters just offshore, were immense populations of floating, single-celled creatures who drifted about, trapped sunshine, captured carbon, then died and sank to the sea bottom. Those creatures became long stretches of nutritious chalk. (I love chalk.)

When sea levels dropped and North America took on its modern shape, those ancient beaches — so alkaline, porous and rich with organic material — became a “black belt” of rich soil, running right through the South. You can see the Cretaceous beaches in this map, colored green. McClain got these maps from geologist Steve Dutch’s website, at the University of Wisconsin, Green Bay.

This entry was posted in Elections 2012, Fun and tagged Science. Bookmark the permalink.