It’s Okay, You Don’t Have To Vote For Him 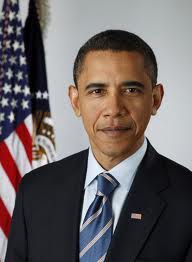 I get the feeling that people like Barack Obama.  And while they like him, they know he’s failed.  And when they come to peace with the idea that they can like him AND not vote for him, it’s curtains.

A majority of voters believe the country is worse off today than it was four years ago and that President Obama does not deserve reelection, according to a new poll for The Hill.

Fifty-two percent of likely voters say the nation is in “worse condition” now than in September 2008, while 54 percent say Obama does not deserve reelection based solely on his job performance.

The results highlight the depth of voter dissatisfaction confronting Obama as he makes his case for a second term at this week’s Democratic National Convention in Charlotte, N.C.

Breaking up is so hard to do.

This entry was posted in Elections 2012, Politics: National and tagged Barack Obama, Job Approval, The Hill. Bookmark the permalink.