The Cirle Of Life 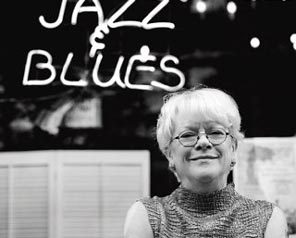 A long time ago I lived in Minnesota.  In fact, that’s too general of a description.  I was born, raised, went to college and taught school all within 2 hours of my home.  I lived in a 100 mile radius that existed in Minnesota.

I was incredibly sheltered.

My best friend in all the world, we would later “adopt” him into our family, and I went to have some beers at the local bar.  We took one of those generic paper place-mats, turned it over and roughed out an outline of the United States.  We divided it up into regions; northeast, urban east coast, outer banks and Florida.  The deep south of and the southwest.  We included the central planes, Rocky Mountains, California and Pacific Northwest.

We spent a good deal of time talking about each place, the goods and the bads.  We were both young, no kids, no viable job prospects there in Minnesota and no girlfriends.  We were free.

Finally we finished.  We each took a sheet of paper and ranked the place we wanted to go top to bottom.  The top spot in each list getting a “1” and the next a “2” and so on.  Only areas that were common would be considered and the one with the “lowest” score would win.  Seattle scored a 3 and it was settled.  We left in June of 93.

When we arrived in Seattle we were tourists.  We asked around and found that Pioneer Square was THE place to go.  So we did.  Every night for about 10 days.  I fell in love.

Soon I worked up the energy to walk through the neighborhood scrounging for a job.  Not surprisingly, they were all full and no one was hiring.  Every blues joint I loved so much and not a job to be found.  I had finally given up and walked past the “jazz club.”  I didn’t really care for the tinkly jazz music but I needed a job.  I walked in and asked for the manager.

I told that short super blond lady that I was looking for a job.  She rushed past me and told me to “write what you think I need to know about you on a napkin” and turned the corner into the kitchen.

But I did.  I diligently spelled out my “experience” on that napkin and when I was done asked for the manager again.  The skinny little black dude in the corner laughed and told me she left already, but he was the kitchen manager and would take my “resume.”  He read it over slowly, much more slowly than that little resume required and told me that they were, in fact, looking for a bartender but that Gaye wouldn’t hire anyone.  “She doesn’t like anyone!”, he exclaimed.  “But, she’s driving herself crazy working the shifts herself.  Come back tonight at 6 and talk to her.”

Gaye was behind the bar hustling drinks and waiting tables in the lounge.  When she saw me she yelled at me right away, “Where the hell have you been?!  Your shift started at 5:00!  Now, give me a cigarette or I’ll kill you.”

And so it started.

I worked at that club for 3 – 3.5 years, five nights a week.  There was significant dysfunction and I often found myself covering the beer invoice because Gaye hadn’t left us a check.  I’d crawl over that wall, a ladder made of a bar stool on a table held steady by Foster, so that I could get tickets and credit card slips.  I’d bring $600 of my own money in quarters, 1’s and 5’s on the busy nights, Mardi Gras, Sea Fare and New Years eve ’cause I knew we’d run out.

It was CRAZY.  But I loved every minute of it.

Gaye finally pushed me out of the joint and it hurt me deeply. Later she would tell me that she couldn’t stand it if I remained a bartender for the rest of my life.

I went to work for a start-up company that failed. With that experience I got a job as a temp in Minneapolis working for AT&T. That job dried up but I was brought to North Carolina where I’ve been working for AT&T for 13 years. I met my wife in the office I worked at and we have 2 gorgeous children and I have a life I had no right to expect.

How different my life would have been if I never got that job.

That jazz club, Jimmy and Gaye, and the great people that worked there were like family all those years ago.

I lost Gaye this weekend.  And what ever else she gave to people she met, I’ve always felt that she gave me part of her.  And that’s always been mine.

We called Jimmy, that skinny little kitchen manager, turned out he owned the place – was Gayes life partner, “Papa”.  Some of us called Gaye “Mother.”

The Circle of Life is a Bitch.

This entry was posted in Life and tagged New Orleans Cafe. Bookmark the permalink.