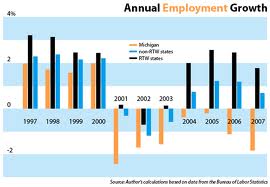 END_OF_DOCUMENT_TOKEN_TO_BE_REPLACED

A recent analysis of bus drivers for the Minnesota Metro Transit system provided some interesting data:

The incentives are undeniable.  For a system that demands flexibility; traffic doesn’t occur in neat 8 hour blocks, the rules prohibit the proper response.  Further, regulations surrounding benefits, those benefits that include vacation, retirement and health care, make it more cost effective to work an already employed person than to hire someone else.  And lastly, being a Metro Transit driver isn’t all that bad; 50 large is a good deal of money.

Finally I’d like to point out that for at least one of these drivers, the overtime is a feature and not a bug.  And it’s a feature because of decisions HE’S made in HIS life:

Lance Wallace is happy to drive a few extra hours if it means his wife can stay home with their four children – all younger than 5.

The New Hope man is among the top 5 percent of overtime earners at Metro Transit. Picking up extra shifts and working nearly every day, he averages 60 to 70 hours a week. The $37,700 in overtime he earned last year pushed his total earnings to $86,400.

“I don’t really want to work overtime,” Wallace said. “But I do it to make up the income.”

The extra work doesn’t make him “overly tired,” Wallace said. In fact, after working two jobs before, he “feels good” to now work where he can dictate his own hours.

Mr. Wallace is a father.  A father of FOUR.  A father of FOUR in a family that has the mother stay home.  And of those FOUR kids, all are younger than 5.  And this father of four young children is happy that he’s able to work the hours he does in order to prevent having to carry two jobs.

My point?  Incentives matter.  Raising the cost of hiring means that you will see less hiring.  Wage earners will enjoy working more hours if it benefits them, not the other way around.  Government union work pays well.  People who have 4 kids in 4 years time have a more limited ability to dictate their time.

Teacher’s Unions: It’s About Power – How They Hate Kids

I love teachers.  My dad taught, many of my friends teach, some in my family currently teach.  Hell, I was a teacher.

My beef is the Union.  That organization that represents teachers and bargains and negotiates for them.  If you ever had any doubt, any doubt what so ever, that Unions not only don’t care about kids, but hate children, here it is.  In all its glory, how Unions are power hungry monsters:

To the relief of college-bound seniors, Lakeville high school teachers will once again write letters of recommendation under a deal reached this week between their local union and the school district.

The agreement ends a standoff that began two weeks ago during contract negotiations between the union and district. Hoping to spur a settlement, some teachers began refusing to write recommendation letters, among other measures requested by their union.

The Union requested teachers stop writing letters of recommendation for seniors trying to get into college.

Power.  Pure and unapologetic power.  Unions do not exist for the benefit of the children.  They exploit children.  And teachers.  And you. Let’s face it, teachers might be in this gig for the kids, in fact, I’d say many are.  But not all, and certainly not their unions.

I have found that there are three very strong methods to identify what is important to a person or to a group of people:

Teacher’s Unions?  There is little doubt that they do not care for kids.  They care only for themselves.

END_OF_DOCUMENT_TOKEN_TO_BE_REPLACED You Know You Are a Unionista If…..

You pay more in union dues than you do for your healthcare insurance.

And so it appears that Wisconsin Democrats find themselves in Atari.  This should not be surprising.  Either to they themselves, state democrats as a group or the nation as a whole.

By fleeing the state and preventing a quorum, the Wisconsin 14 knew, they had to KNOW, that they were setting themselves up for failure.  True, they WERE able to block the vote.  But only because it contained fiscal portions.  It isn’t rocket surgery to know all you have to do it strip out that aspect of the bill and pass it without the required 20.

There will be yelling and much nashing of teeth.  But make no mistake about it, the Wisconsin 14 brought this on themselves.