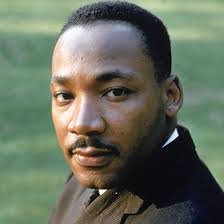 Tagged I Have A Dream, Martin Luther King

What The Message of Dr. Martin Luther King DOESN’T Mean

He was a leader.

He was an innovator.

He stood up when many wouldn’t.  He preached love while others practiced hate.

He took the worst of us, saw the best in them and made us ALL believe that not only should we do better, but that we all would do better.

Martin’s message meant and means many things, but it doesn’t mean that we can use race as a means to implement policy.