IQ, Heritage and The Left 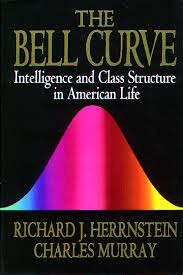 Recently the Heritage Foundation released a report claiming that a currently proposed immigration plan would cost a ton of money.   I haven’t spent much time on the report, though maybe I should, largely because I don’t think that our borders ought to be opened or closed based on the fiscal calculus of the immigrant.

America is a place for anyone in the world to aspire to come to.  And we should make sure that we are accommodating anyone that wants to leave behind an oppressive regime that suppresses economic liberty.  We are, as we are fond of saying, the land of the free.

However, an interesting side story of the Heritage report is the history of one of the authors, Jason Richwine.  It turns out that Mr. Richwine received his PhD at Harvard and his doctoral thesis focused on IQ and immigration.  Last week I mentioned this:

I’ll drift over to our more liberal media sources later to see if this is making waves.

Everyone is ablush concerning the whole study of Mr. Richwine.

See, it turns out that some people think that intelligence, measured in terms of IQ, is a matter of genetics or, perhaps more accurately, heritability.   The difference being that genetics determines that humans have one nose, two ears and hair.  Heritability determines the size of the nose, the shape of the ear and color of the hair.

At its most basic, the argument that IQ is a matter of “genetics” is the idea that, in general, smart parents, in aggregate, will have smart children, in aggregate.  This is meant to be read in the same way that tall people, in aggregate, will have tall children while short parents will have short children.  Does this imply that all tall parents will only and ever have tall children?  Certainly not.  It’s meant to say that height, ear lobe shape, hair color and even looks are based in some part on the parents.

I think it’s important to say that  IQ tests may or may not accurately measure intelligence, or G.  In fact many people, most likely correctly, feel that IQ tests are not a strict measure of intelligence but are rather measures of cultural influences and education.  That is, equally intelligent people, having been raised in vastly different homes, may score differently on the same IQ test.

Granted.  Sure, circumstances are going to differ.  Tests measuring intelligence are going to be, to a degree, biased.  However, that doesn’t change the fact that intelligence is a trait.  And people are going to enjoy the benefits or suffer from a deficit of that trait, across a spectrum.  There is no disputing that we have intelligent people and those who lack that intelligence.  Further, we all know that siblings of smart kids are often smart and vice versa.

The science behind the heritability of intelligence is overwhelming.  Intelligence, measured by the albeit flawed IQ, is massively heritable.  Some measures have it at 80% heritable while others, at the low end, have it only at 40%.

When read in this light, the claims made by people who state that some group of people is smarter than some other group of people shouldn’t be surprising.  Or controversial.  Or worthy of all the gnashing of teeth  If, for example, I were to claim that neurosurgeons were, in general, more intelligent than, say, garbage men, I don’t think anyone one would blink an eye.  And if were to take that one step further and say that the children of neurosurgeons were, in general, more intelligent than the children of garbage men, I don’t think that would be surprising either.

Heck, in one way, it might even make sense.  If people who are less intelligent find that they are on the low end of the economic scale, they might be the very individuals most motivated to immigrate to America in hopes of a better life.  After all, the individuals in a nation who are most economically advanced are going to find the risk/reward calculus to be one that incents them to remain where they are.

And the left goes crazy at this notion.  The idea that some people are simply born smarter smacks them of some .. well, of some “I can’t describe it” impossibility.  We can be born of different heights that fit on a bell curve.  Of weights.  Of heart size and of athletic ability.  Hair color, eye color and freckles all can be described by heritability.  But plain old smarts?

That goes against the whole notion that we’re all equal.  Born equal.  Living equal and should be expected to achieve equally if only we can remove the bias of wealth, power and influence.

No one knows whether Hispanics will ever reach IQ parity with whites, but the prediction that new Hispanic immigrants will have low-IQ children and grandchildren is difficult to argue against. From the perspective of Americans alive today, the low average IQ of Hispanics is effectively permanent.

sound offensive and harsh?  I think it does both.  While I don’t like the aspect that speaks to “ever reach IQ parity” I do find myself resonating with the concept that a group of people with low IQs are going to have children with equally low IQs even extending to their children’s children.

And while sensitive to discuss, I don’t think it poses a conceptual reality that we would dismiss if, instead of having differing IQ, immigrants had differing heights.

And ALL of this is not ever saying that the ability of a group of people to increase their collective IQ isn’t possible.

By the way, one of the defenses of Richwine’s statements comes from the left itself:

First, the concept of “race”: There is no “Hispanic race.” It’s a census category, not a biological one. What we call “Hispanics” in the United States includes Indian peasants from Yucat&aaccute;n and doctors from Mexico City (and Madrid).

You cannot be racist if you are describing a group of people that has nothing in common regarding race.  “The Nation” is correct in asserting that Hispanic is not a racial descriptor, rather, it is one of, perhaps arbitrary definition.  The fact that the left dances between outrage and smugness should be no surprise.  Consider, for example, how folks on the right are “racists” when it comes to immigration reform while simultaneously pointing out that George Zimmerman is a “white Hispanic”.

Finally, like a nail in the coffin, is the logical conclusion of the left’s argument.  Namely that anyone claiming that intelligence is heritable is a racists is based on the idea that racism is a result of low IQ:

The last word in this story goes a study published in 2012 the journal Psychological Science. “In an analysis of two large-scale, nationally representative United Kingdom data sets (N = 15,874),” the researchers wrote, “we found that lower general intelligence (g) in childhood predicts greater racism in adulthood.”

As I predicted, the left is going nuts regarding Wichwine and anyone who might indicate that one group of people, for whatever reason, might be more intelligent than another group of people.