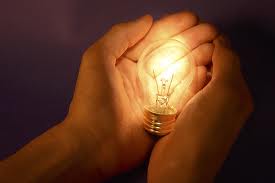 A team of scientists at Ecole Polytechnique Fédérale de Lausanne (EPFL) in Switzerland have developed the world’s smallest medical implant to monitor critical chemicals in the blood. The 14mm device measures up to five indicators, including proteins like troponin, that show if and when a heart attack has occurred. Using Bluetooth, the device can then transmit the data to a smartphone for tracking. The device can also track levels of glucose, lactate, and ATP, providing valuable data for physiologic monitoring during activity, or in possible disease conditions like diabetes. As far as tricorders go, this device may be the one you have been waiting for, provided you are on board for the implant.

I think this is cool; way cool.  And even if the cost is such that I can’t afford it for 10 years, I STILL think it’s cool.  In fact, I hope that rich people pay for the device and the service so that the price comes down to a level that allows for market penetration similar to HD TVs:

Last time the Giants played in the Super Bowl, in 2008, 41 percent of American households had at least one high-definition television.

That number has more than doubled, and now 87 percent of households have an HDTV, according to the Consumer Electronics Association.

Think of it.  Are we willing to “suffer” through only 41% of households having the best technology if it means that just 4 years later more than double that number will have the same access?

Let’s let people make profits off of cool things so that we can watch Super Bowls in HD.  And so that we can all have access to life saving technology.

We’ve all heard it before.  The United States spends more in health care and receives less in return than any nation in the world.

Or some such nonsense.

But only in America are surgeries performed on minor wrist fractures within 24 hours that allows elite individuals to return to work:

Just 24 hours after suffering a fracture of his scaphoid bone, Kendall Marshall, point guard for the University of North Carolina Tar Heels, was recovering from surgery and contemplating playing again.

I suspect that Mr. Marshall, and all of North Carolina, feels that this expenditure is a feature and not a bug of the medical care distribution system in the United States.  Further:

Andrew, a hand surgeon with Raleigh Orthopaedic Clinic,  said Marshall’s method of treatment – surgery and the insertion of a self-tightening screw to fix the break – is a common course for athletes.

“As you tighten the screw, it compresses the fracture site together and gives it better stability,” he said.

Marshall’s wrist will be stable enough to play, Andrew said. Most patients wear a cast to immobilize the thumb. A hand therapist could make a soft plastic cast for Marshall, who could replace it with heavy tape to play.

There is no where in the world, in the history of the world, that has a better medical outcome than the United States.

The Middle Class.  The new [or continued] prize in American politics.

All we hear about these days is that the middle class is getting hammered.  Taken advantage of and squeezed.

Only the rich survive; the rest of us are fodder to the wealthiest Americans.

END_OF_DOCUMENT_TOKEN_TO_BE_REPLACED

Innovation Within The Public School System

I never EVER would have thought those words would come out of my mouth either.

But I was wrong.  I heard a story today that absolutely stunned me.  It’s a story of innovation within the public schools:

END_OF_DOCUMENT_TOKEN_TO_BE_REPLACED

The headline to this story is impressive.

END_OF_DOCUMENT_TOKEN_TO_BE_REPLACED

I wanna go on the record here. Even with this health care law that is now in effect, there will be medical services available and even innovation. It’s not as if we have just descended into the dark ages where leeches* were common practice and a shot of whiskey complemented by an ash twig was considered anesthetic. We’ll still advance. Just not as fast as we might otherwise have.  Consider the fact that British doctors were able to transplant a trachea that would regenerate!

END_OF_DOCUMENT_TOKEN_TO_BE_REPLACED

Hard to believe that time flies so quickly.  They’re no sooner crawling and already they want the keys to the car.  My my, it seems only yesterday that the Internet was brought home from the hospital.