An Extension Of And Then a Grabbing Of

That darn Mormon continues to pull ahead:

It would appear that the undecideds are deciding.  That, or the republicans that have been on the fence are gaining confidence and moving themselves from “Registered Voter” to “Likely Voter.”

And then the big news: 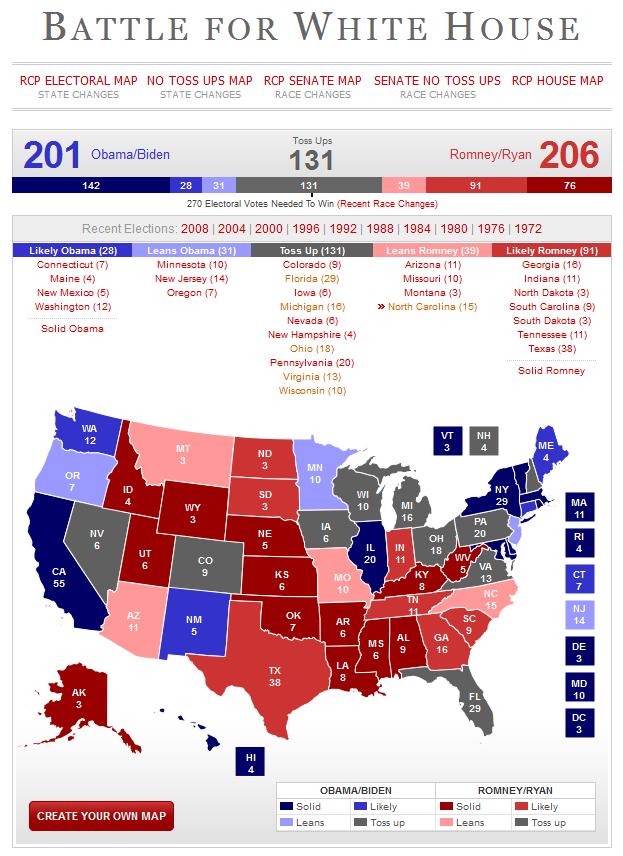 For the first time, Romney is now ahead in the Electoral Map.

To be sure, we have 20 odd days to go, a debate to digest and another yet to take place.  Much can, and will, happen between now and election day.