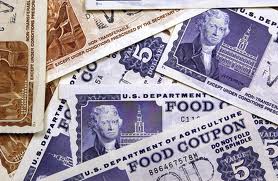 Two lessons in one story:

Last week, The Post revealed how New Yorkers on welfare are buying food with their benefit cards and shipping it in blue barrels to poor relatives in the Caribbean.

But not everyone is giving the taxpayer-funded fare to starving children abroad. The Post last week found two people hawking barrels of American products for a profit on the streets of Santiago.

“It’s a really easy way to make money, and it doesn’t cost me anything,” a seller named Maria-Teresa said Friday.

Maria-Teresa said she uses some of the products but vends the rest out of her Santiago home, providing markdowns of $1 to $2 compared to what her buyers would pay in local shops.

“I don’t know how much of a business it is, but I know a lot of people are doing it,” she said.

The black-market maven even takes her customers’ requests for hot-ticket items. Her best-sellers include a 19-ounce box of Frosted Flakes, which goes for $6.50 at Dominican supermarkets. She sells it for $2 less — after her sister buys it on sale for $2.99.

But because the sister uses her Electronic Benefit Transfer card, she actually pays nothing — taxpayers foot the $2.99.

A 23-ounce container of powdered Enfamil baby formula goes for $25 in the United States and $19 in Santiago but Maria-Teresa sells it for $15. “People want the best quality for the price, so they buy the formula made in the US,” she said.

The average monthly wage in Dominican Republic is about 7,000 pesos, or just $167, and that’s why the black market has become so profitable, Maria-Teresa said.

The inefficiencies of the government programs are everywhere.

And the 2nd lesson:

But, why even bother buying, packing, shipping and then selling fraudulent goods?

And the food-stamp fraud doesn’t stop there. She said her sister has Bronx grocers ring up bogus $250 transactions with her EBT card.

In exchange, the stores hand her $200 cash and pocket the rest. No goods are exchanged. Instead, Maria-Teresa’s sister sends the money to Santiago — when she’s not spending it on liquor or other nonfood items.

“We do it all the time, and a lot of people do this,” Maria-Teresa said. “It’s a way of laundering money, but it’s easier because it’s free.”

Abuse of the System 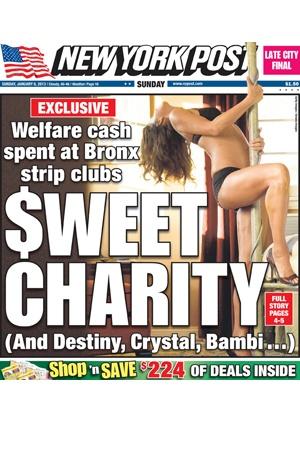 I’m late on this one; been sitting in my stack for awhile now.

I’m not so naive as to think that any program is going to be 100% free of abuse; there will always be those that game the system.  So I’m not really moved by this:

The food-stamp program prohibits the purchase of booze, tobacco and lottery tickets with an EBT card. But with the cash-assistance program, users can blow money on strippers or a six-pack and to tap welfare dollars from liquor stores, casinos and adult-oriented establishments.

The Post found dozens of pubs, nightclubs and tobacco shops where welfare dough was dispensed — and presumably spent.

The Boiler Room, a gay dive bar in the East Village, had $120 and $60 transactions a minute apart on Jan. 17, 2011. The bar is around the corner from a Bank of America that takes EBT cards.

West Village tobacco shop Shisha International had EBT transactions ranging from $40 to $180 in 2011. The store is near at least two EBT-friendly ATMs.

That’s precious little data to suggest that there is a problem.  But what DOES drive me crazy is this:

State Sen. Tom Libous (R-Binghamton) passed a bill in his chamber in June that would outlaw welfare withdrawals at gambling dens, strip clubs and other venues of vice, but the measure is gathering dust in the Democratic-controlled Assembly.

Libous is looking for a new Assembly sponsor to carry the bill in that house in the upcoming legislative session, after past sponsor George Latimer (D-Rye) was elected to the state Senate.

With only one of the city’s Assembly members, Nicole Malliotakis (R-B’klyn./SI), as a co-sponsor, the bill faces an uphill battle.

“The people who are stealing from the program are the ones I want to go after,” Libous said. “Not someone who lost his job or a single mom who has to feed her kids. That’s what this program is supposed to be for.”

This isn’t, or doesn’t seem to be, an ideological attack on the program at all.  Rather, it seems to be a attempt to tighten regulations to make sure that the money is being used for food.  For the required basics.

It seems that Newt stepped in it a bit:

“Remember, this is the best food stamp president in history. So more Americans today get food stamps than before. And we now give it away as cash — you don’t get food stamps. You get a credit card, and the credit card can be used for anything. We have people who take their food stamp money and use it to go to Hawaii. They give food stamps now to millionaires because, after all, don’t you want to be compassionate? You know, the Obama model: isn’t there somebody you’d like to give money to this week. That’s why we’re now going to help bailout Italy because we haven’t bailed out enough people this week, the president thought let’s write another check. After all, we have so much extra money.”

It turns out that people can’t actually buy tickets to Hawaii with their EBT cards.  I don’t know if Newt was literally trying to make that case or if he was just making the larger point that we have fraud in the food stamp program, and, even if we didn’t, the program is bloated beyond reasonable expectations.

Anyway, I found this at Laura Ingram via:

The program works.  For sure.