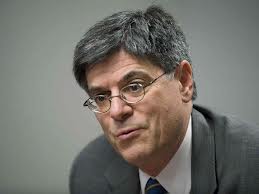 Jack Lew has been nominated to run the Treasury Department.  Last week he went before his congressional committee for intense questioning.  Among other things, Mr. Lew was forced to answer questions regarding a $56,000 investment:

President Obama’s nominee to lead the Treasury Department defended his $56,000 investment in a Cayman Islands fund at his confirmation hearing on Wednesday, saying he was unaware it was based in a nation famous for having offshore tax havens.

“I always reported all income, I always paid all taxes,” he said. “I was aware that it was an international fund investing in emerging markets … I actually didn’t know [its location] at the time.”

Seriously.  Lew was forced to endure question regarding a 56k investment in a legal fund established in the Caymans.  This isn’t a case where the funds should have been taxed and Lew cheated to avoid paying money that he owed.  No.  This is the case of a man making intelligent decisions balancing risk with reward and diversifying his portfolio.

This is what people who have money, often why people HAVE money to begin with, do to make sure they will continue to have more money later.

Now, to be sure, the only reason -I’ll give ’em the benefit of the doubt- that the republicans went after Lew is because Obama demonized Mitt Romney during the campaign for the exact same reason; his off-shore Cayman investments.

And if THAT wasn’t enough, the republicans kept at it:

Lew also addressed a bonus of nearly $1 million he received as Citigroup was receiving billions in government support amid the financial crisis. Sen. Chuck Grassley (R-Iowa) questioned whether it was “morally acceptable” for Lew to accept a bonus at Citi briefly before the bank tapped the government for billions of dollars in bailout relief. Lew said his compensation was not out of the norm at the time, and that he disclosed everything as he should.

“I was compensated for my work,” he said, adding that he was aware that Citi was about to receive a large federal guarantee when he received the bonus.

“I do believe it was comparable for people in positions like mine in the industry,” he added. “I don’t think there’s anything that hasn’t been fully transparent both in what I did and what I earned.”

Surely I’m aware of the beautiful bitter irony, but just because a democrat NOW is speaking truth doesn’t mean that he’s wrong to say it.  Listen to what he’s saying, “I have a job maybe not 1,000 people in America could do as well as I do it.  And for that, I get compensated.  Of COURSE I feel justified in cashing that check.”

I don’t know, maybe politics demands that the questions be asked and answered.  While Lew played stupid on the Cayman island thing, and we can’t use stupid to defeat democrats, he did provide ammunition in the class-war that the left is waging.

Maybe it’s worth it, but I wish we governed in a way and manner in which we didn’t need that.

Posted in Government, Politics: National, Republicans Can Be Leftists Too

Poverty And Class In America 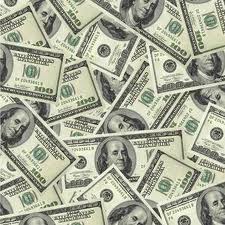 There’s been a lot of discussion surrounding the mobility between classes here in America.  At the same time, there’s been a lot of discussion surrounding the importance of education.  Not only getting a high school diploma but on getting a college one as well.  In fact, it’s gone so far as to have people calling for free college education for all Americans.  The argument is that the rich get richer while the poor get poorer.  That income mobility in America is restricted.  That attaining wealth is more and more becoming reserved for the pre-existing well to do’s. 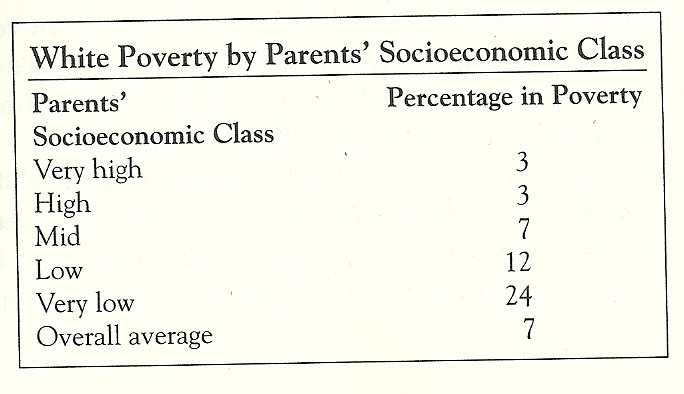 It would seem that class matters.

Further, when it comes to wages, the data suggests that there is an education gap that would strengthen the argument that we need to increase college degrees to our kids: 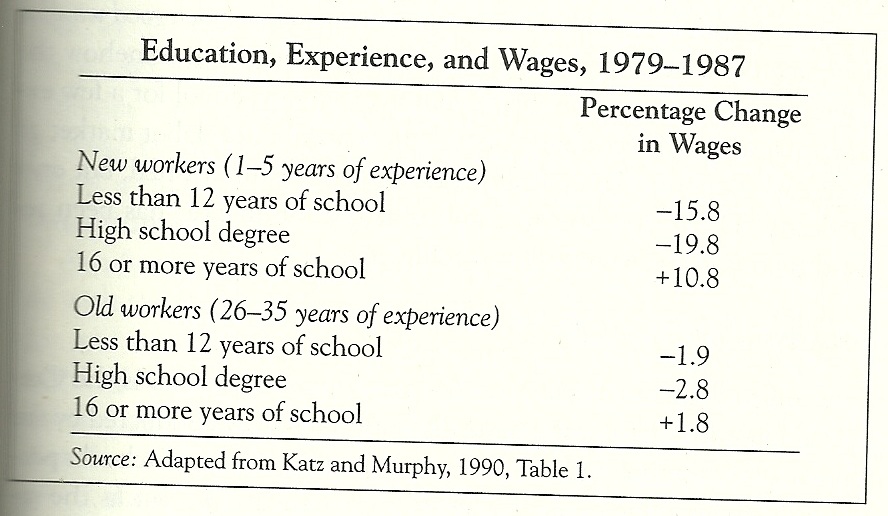 Interesting data to be sure.

The “Attack” Of The Middle Class

In November I asked a simple question:

Would you be more or less likely to look for a new job if your current job no longer offered vacations and holidays?

I got a couple of answers and they confirmed the very obvious:  We would be more likely to look for a new job and certainly not LESS likely.

More recently I made an observation concerning teacher salaries:

…to receive the bonuses and raises, teachers must sign away some job security provisions outlined in their union contract. About 20 percent of the teachers eligible for the raises this year and 30 percent of those eligible for bonuses turned them down rather than give up those protections.

Teachers in Washington DC valued the clause in their contract that prevents them from being fired MORE than they valued $30,000 in bonus AND a $37,000 salary increase.

In both cases, the point is made, one theoretical and the other practical, that compensation comes in forms OTHER than strictly wages and salaries.  Vacation is one form of compensation.  Protection from having to actually DO your job is another.  It’s something that I’ve always suspected.  However, Dan Mitchell on his blog points out a couple of studies by CATO that demonstrates the lower earning deciles is growing more rapidly than the growth shown in the highest earning deciles:

While it is true that the cash explicitly paid to employees has become more unequal over the last generation, the…more benign explanation for the change in cash compensation over a generation is the dramatic increase in health insurance costs. …inequality in total compensation has not increased because the fixed costs of health insurance are a much larger percentage of the total compensation of lower-earnings workers. Burkhauser and Simon explore this explanation. They add the value of employer-provided health insurance as well as Medicaid and Medicare to the pre-tax, post-cash-transfer household income data and find that the bottom three income deciles actually exhibit higher growth than the top seven deciles from 1995 to 2008.

Compensation, in it’s many forms, grows more rapidly for the lower earning deciles.

We’re certainly going to h ear from Obama and the Democrats this election cycle that the Middle Class is under attack, perhaps true, but that attack takes the form of government dominated health care, not some form of class warfare engaged by the elite.  Obama is going to cast himself as the Middle Class warrior.  The media will produce study after study that shows the rich are getting richer while the poor are getting poorer. With the continuing debate surrounding our debt and our deficit, much ado has been made about taxes.  Who should pay ’em and who shouldn’t.  Embedded in that debate is the question of class warfare.

For a long time, a very VERY long time, the idea of class warfare has been one of the rich taking advantage of the non-rich for the rich’s personal gain.  These days, you have the opposite phenomenon.  You have people in America that feel there is a class war being waged, but not by the rich on the poor, but by the Left on the rich.

END_OF_DOCUMENT_TOKEN_TO_BE_REPLACED

Okay, if we wander back to the tax levels just before Dubya lowered ’em, what would it look like? Well, we can go look…

Not a bad rate, right?  Taxes seem reasonable and we all enjoy our money.

But look what Dubya did:

He lowered the rate.  By how much?

For the very poor among us, he lowered the rate by 33%. Last night the President gave a speech.  In it, he described what his plan to help our economy is.  In my opinion, he needed to accomplish several critical items.

The nation has grown weary of the same language and same ideas that this administration has pout forth to date.  What Obama is sellin’, no one is buyin’.  No one believes that spending more and more money that we don’t have on programs like roads-bridges, schools and hospitals is the answer to our nation’s problems.  I think that we knew this back when.  Back when Obama first recommended this strategy.  We simultaneously knew AND hoped.  It’s why none of us are very surprised that we are today where we were 3 years ago.

Since the day he’s taken office, think “The Office Of The President Elect” bullshit, Obama has made it clear that he will do it his way.  He’s commented that “I won” during negotiations.  His actions, and quite frankly his naiveté, have demonstrated that if he only uses more words and passion, he’ll succeed in swaying his opposition.  Personally I suspect that this is what him positions of prestige in the worlds in which he has lived.  In the Halls of Ivy I feel that rhetoric and Grand Ideals are the coin of the realm.  Not actions and results.

Thoughts, not measurable metrics, are what these men trade on.

It didn’t.  It was a yawner.  Everything from the “Pass it Right Away” nonsense to the worn out “pay their fair share” nonsense, the feeling was an overwhelming, “been there, done that” take away.  This didn’t move the soul.  This speech didn’t reach into the heavens and grab you just right there.  This speech was more of a lecture.  Something that you wanted to be over, not hear more of.

For the first time, Obama’s skill in oration failed him.  If I didn’t know better, it was as if even he didn’t believe it.

Rather than be any of these things, it was none of them.  He didn’t present anything new, bi-partisan or energizing.  You could have taken random 35 second clips from any of his other speeches, strung ’em together for 34 minutes and done just as well – even better.  At least during those speeches, Obama himself believed what he was saying.

The facts are this:

I’ll leave you with this detail.  Obama implored lawmakers to “pass it right away”.  Yet he couldn’t be bothered to present anyone with the bill itself, saying only that he would deliver something a week from Monday.

Barack Obama has refined the art of turned profit making into an evil horrible endeavor.

If you are a bank that makes money, you are the evil rich taking advantage of middle class America, who is suffering through the worst recession since the flood.

Oil company?  Corporate greed destroying the planet all the while taking billions in tax payer money to fund their record breaking profits*.

It never ends.  Well, actually, it does.  It ends when Obama actually LIKE a company and would enjoy that company to reap profits.  Like windmill farms, battery corporations and other green firms that go bankrupt in months after Obama comes calling.

After the recession ended and the banks began to report their earnings, Obama was on the news reporting their profits.  “Record breaking and excessive.”

I expect that he’ll be on the same bully pulpit expressing concern for our brothers on Wall Street:

Bank of America reported a second-quarter net loss of $8.8 billion, or 90 cents a share, against a profit of $3.1 billion, or 27 cents a year ago. Economists had forecast a loss of 85 cents a share.

I don’t expect Obama to announce this or perhaps even notice this.  But I find it interesting and even irritating that he continues class warfare even as that class he hates drives, or tries to drive, our economy.

A Tale of Two Mothers

The poor are being abused by the rich.

And on and on it goes.

But is that the true picture.