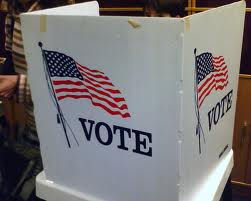 Recently had a Facebook conversation with respect to the origination of the right to vote – federal or state.  Fascinating concept and a little disturbing.  I’ve always thought that the right to vote was precious and perhaps cardinal among the rights of citizens protected by governments.  Where ever that right emanates from, I would like to see it made clear that such a right is federally protected.

Anywho – during that conversation, the goings on in Alabama came up.  For those who don’t know, Alabama has passed voter ID laws and was recently allowed to implement them:

Alabama Attorney General Luther Strange and Secretary of State Beth Chapman said they believed the voting requirement, which is scheduled to take effect with the June 2014 primaries, can simply move forward.

“Photo voter ID will the first process that we have gone through under this new ruling,” Chapman said today.

Alabama lawmakers in 2011 approved a law to require Alabamians – beginning with the party primaries in June of 2014 — to show photo identification in order to vote.

Then, in a controversial move, Alabama has closed multiple DMV satellite offices – mostly in black and poor communities:

Take a look at the 10 Alabama counties with the highest percentage of non-white registered voters. That’s Macon, Greene, Sumter, Lowndes, Bullock, Perry, Wilcox, Dallas, Hale, and Montgomery, according to the Alabama Secretary of State’s office. Alabama, thanks to its budgetary insanity and inanity, just opted to close driver license bureaus in eight of them. All but Dallas and Montgomery will be closed.

Closed. In a state in which driver licenses or special photo IDs are a requirement for voting.

Ouch.  First ‘Bama requires an ID to vote, then they close the offices where you can get one.  Direct evidence of a malicious attempt to restrict the vote.

At least in my eyes.

But then I learned this:

Alabama has 44 driver’s license offices throughout the state. It apparently also had 31 satellite offices that were open only part-time and that accounted for less than 5 percent of the driver’s licenses issued each year. Because of the budget passed by the state legislature, Alabama’s state government had to “allocate scarce limited resources in Fiscal Year 2016,” according to a letter sent by Governor Robert Bentley to Representative Terri Sewell, D-Ala. So the state government decided to close these satellite offices.

… in addition to being able to use a driver’s license to meet the voter ID requirement, you can get a free voter ID in every single county in the state. In addition to DMV offices, the secretary of state offers free voter IDs in all 67 counties through the local election registrar.

Furthermore, as Governor Bentley points out, those satellite offices being closed are typically “located in the county buildings where the registrars and probate judges’ offices are located.” So individuals who would have used one of the part-time satellite DMV offices to get an ID will be able to simply walk to another office—in the same building—to get the ID they need for voting.

Alabama even provides a free birth certificate or marriage license if you need it to get an ID. And if you can’t access a polling place because you are disabled or elderly, you don’t have to have an ID to vote by absentee ballot. Additionally, Alabama will continue to provide “mobile units to register and develop photo identification cards to those who need it throughout the state, and who may find themselves limited by lack of transportation,” according to Governor Bentley.

What does all of this mean?  Not sure, really.  I’m just not sure.

Literally it means that if you wanna vote at a polling place and don’t have a photo ID, you’ll need to get one.  AND it means that of the choices you have, there is one less in those counties that experienced a DMV closure.  However, it doesn’t restrict a citizen from obtaining a valid ID.  Further, it doesn’t make it any harder, the location is in the same place and furthermore, Voter IDs are free.

In the end, two things are emerging as truth in my mind – Voter ID laws are not “racist” laws and people who claim such are simply blowing their ‘protest’ dog whistle.  Second, the juice may not be worth the squeeze.  At some point, an analysis has to be made – how much time, energy, money and political capital is it worth to expend on this issue?  I’m closer and closer to arriving there.

An occasional commentator and Economics Professor here in North Carolina recently posted that the Alabama Immigration law is suppressing jobs in that state.  As proof, he cited this article:

(CNN) — Fierce critics of Alabama’s controversial new immigration law — and one of its staunchest supporters — are pointing to the arrest of a German Mercedes-Benz executive last week to make their case.

Police in Tuscaloosa, Alabama, pulled the man over because of a problem with the tag on the rental car he was driving, and then detained him when he didn’t have proper identification on hand, according to Alabama’s homeland security director.

Somehow, this is sufficient evidence that immigration laws in Alabama are keeping jobs out of the State.  However, even the article doesn’t think that’s the case:

[Senator] Brewbaker told CNN that requiring immigrants and foreign visitors to carry identification is common around the globe.

“I know a good many people with Hyundai and companies like that have gone to live in Korea. They say, ‘We’re expected to carry our papers with us because we’re foreigners,'” he said. “That’s the standard worldwide. I don’t want Alabama to be any more onerous on visitors, as long as they’re legally present, than anywhere else.”

But I get the point.  After all, the Mercedes executive was Hispanic and we all know that the Republicans are just racist haters:

For state Sen. Dick Brewbaker — one of the law’s backers — the arrest shows that officers aren’t racially profiling and that the state is enforcing the same types of requirements other countries have.

“This police officer in Tuscaloosa, he sure didn’t pull that guy over because he looked Hispanic,” Brewbaker told CNN. “He was just enforcing the law.”

The guy was pulled over for a crime, was asked to provide documentation and then arrested and he WASN’T Hispanic?

But I’m sure he was thrown into prison, tortured and has yet to be released.  Right?

“The incident was resolved when our colleague — who was visiting from Germany on business — was able to provide his driver’s license and other documents to Tuscaloosa Police,” the company said.

What a burden!  The man had to show documents proving he was who he said he was.  And then released.

If anything, the Alabama law is CREATING jobs.  Alabama farm workers are leaving the state in droves creating a shortage of harvesters.  A shortage that the farmers are unable to fill with native American workers.

One of the most powerful lessons I’ve taken away from all the reading, studying, arguing and debating I’ve done over the past 4 years of my “political awareness” has been that of incentives.  And how much they matter.  And until you can admit that people are driven by incentives, in general mind you, you will never be able to understand how laws and regulations shape our world.

(AP) ONEONTA, Ala. – Potato farmer Keith Smith saw most of his immigrant workers leave after Alabama’s tough immigration law took effect, so he hired Americans. It hasn’t worked out: Most show up late, work slower than seasoned farm hands and are ready to call it a day after lunch or by midafternoon. Some quit after a single day.

Now listen, Alabama has an unemployment rate of 9.8%.

Nearly 1 in 10 Alabamians are out of work.  More I’m sure, if you count the folks who’ve given up.  And the numbers are worse if you add up those folks who are underemployed.  Yet farmers can’t keep help.

Too be sure, the value proposition is a tough one:

At his farm, field workers get $2 for every 25-pound box of tomatoes they fill.

That’s $3 an hour.  Hardly worth downsides of the job.

Finally, and here is the kicker, the government makes it too easy to say “no” to jobs:

Who in their right mind would choose to work back-breaking jobs in order to make an effective $25 a week?

There are jobs out there all right, just that we make it too easy to say no to ’em.

Only The Government Can Save Us: Alabama Tornadoe Edition

All are failings of men.  People, left to their own devices are unable to care for their neighbor.  At least without profit or reward.  And so it is that government must come to the rescue.  It is government, and only government, that can take away the risks of life and grant peace and serenity.

END_OF_DOCUMENT_TOKEN_TO_BE_REPLACED

To the Victor Go The Spoils

I am learning more and more in life that if you wanna get something done:

It would appear that I’m not alone:

END_OF_DOCUMENT_TOKEN_TO_BE_REPLACED

Some time I ago I ran a series on the Senate Races.  There are 4 categories.  They are: