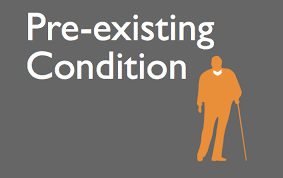 This entry was posted in Health Care and tagged Obamacare, Pre-existing Condition, Trumpcare. Bookmark the permalink.

5 responses to “Pre-Existing Conditions – Who Should Pay”