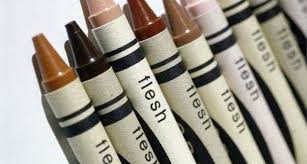 Before the whole San Bernadino incident, race and race relations were front and center in America.  We had incidents involving cops in Ferguson, Cleveland and Baltimore.  We had South Carolina.  We had Mizzou.  #BLM was a leading story in the news.  Since then the nation hasn’t continued the conversation with the same attention.

I was recently asked to read this article trying to describe the concept of white privilege to a white person.  It’s a good article – go read it.  I mean, this is the opening:

The phrase “white privilege” is one that rubs a lot of white people the wrong way. It can trigger something in them that shuts down conversation or at least makes them very defensive.

But, back to the article.

I know that it’s an analogy but I have to point to what I’m sure is a flaw – namely that the author can decide to stop riding a bike at any time.  This is, of course, a luxury not afforded to people of color.  That being said, the rest of the article mostly resonates with me.

But my problem with the article, and with the conversation in the larger spectrum, is that we don’t wanna make the experience of the bike rider the same as the car driver – indeed, we want the bike riders to become car drivers.

My comments to a friend sometime ago sums it up: slightly edited.

I have little to no problem with the acknowledgment that I have it ‘easier’ because I have won almost all categories:

I get that you can drop me in nearly any city in America and I’ll be fine.

My problem isn’t the acknowledgement of the existence of the construct – it’s the weaponization.

I get the privilege – I resent being told, in a discussion, that I need to ‘check mine’.

I kinda resonate with the author when he says, ‘we are not people’ because it validates that ‘checking my white male privilege’ is bullshit. Just because I live in the construct doesn’t mean I live my life according to it.

And finally, there are things I still have to do. I actually had to go to school, to study and graduate. And then go to more school. I had to go to church and be part of a faith community.   I got a job when I was 10 – and have been earning a paycheck since then – 37 years!  I had to get a residence and keep it – clean, and kept and safe.

And now – I am engaged in my community. I belong to lodges, and teams, and neighborhood groups. I organize people and let myself be organized for reasons that do good.

I absolutely, every single time, calmly pull over, put both my hands on the steering wheel and calmly and slowly tell the officer that my wallet is in my hip pocket and that I’m going to reach for it now. And I teach my kids the same thing.

There is a construct, a ‘privilege’ but the dirty secret is that we don’t wanna keep people out – we want more people to live according to it.

Finally, the ending of the construct, the tearing down of white privilege has begun – begun but not yet completed.  That is obvious.  What might be lost, or forgotten due to the righteous injustice of it all, is that the end will resemble more a sunrise than a light switch.