Upside Down: Wherein The Liberal Agrees With Pino 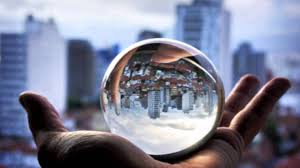 After all this time, The Atlantic agrees with Pino.

For the better part of a decade, and really longer because I’m only counting the time I have been engaged in a structured format, I’ve been frustrated by the debate when discussing events of the day with my more liberal friends.

“We need to raise the minimum wage!”

“I disagree, I would rather that wage remain lower.  After all, we want to empower more and more people to work for compensation they’re willing to work for.”

“You are greedy and hate poor people!”

I walk away frustrated.  Frustrated not because my ideas were shown to be incorrect or flawed, but rather that I lost the opportunity to debate those ideas.  I didn’t know how to interact.

I’ve seen my flaw.  Above, my friend isn’t working to change *my* mind, he’s working to change the minds of the people *listening* to us.  If he can make me greedy and hateful, he can associate that with my policies.   He’s deftly switching policy for intention and has ZERO interest in having an open and earnest discourse.

The trick, of course, is to make explicit as soon as possible that we both have the same intention, whatever that might be.  We just differ on the path.

How delicious then, to see that the inmates are running the asylum:

Hundreds of Yale students are attacking them, some with hateful insults, shouted epithets, and a campaign of public shaming. In doing so, they have shown an illiberal streak that flows from flaws in their well-intentioned ideology.

The only aspect in which I disagree with ‘The Atlantic’ is the manner in which they make this tactic appear like an ‘oops’.  It’s not.  It’s deliberate and it’s horrible.

This entry was posted in Politics: National and tagged Liberals, The Atlantic. Bookmark the permalink.