Why Waco And Baltimore Are Different

I recently read an op-ed over at CNN.  In it the author, Sally Kohn tries to make the point that one of the reason we are still struggling in America when it comes to race relations is that we  have yet to break the ‘white privilege’ that exists here.

She may be right – I don’t know – but I am pretty sure that the examples of Waco and Baltimore [and Ferguson] aren’t examples of what’s wrong.

Her story and my comments:

When reporter Matt Pearce of the Los Angeles Times responded, “do we even know the race of the bikers yet?” activist Deray Mckesson tweeted:

“If they were black gangs, we’d certainly know by now. That’s the point. Waco.”

So, I live in North Carolina, a ‘Confederate’ state, and we have news stories all the time describing rapes, murders, robberies and all manner of crimes and I never hear mention of the race of the suspect.

One of the most distinct characteristics of white privilege is the privilege to be unique. When white people commit violent acts, they are treated as aberrations, slips described with adjectives that show they are unusual and in no way representative of the broader racial group to which they belong.

One of the distinct characteristics of being white is that I don’t identify with being white.  Now, and I admit, this might be due to the fact that the world doesn’t SEE me as white, so I get that.  But my point is that I don’t feel any sense of “community” with other white people.  So, to me, a white person committing crimes isn’t an indictment of “my people”.  In fact, the concept of “my people” is foreign to me.

In fact, in much of the coverage of the Waco shootings, the race of the gang members isn’t even mentioned, although pictures of the aftermath show groups of white bikers being held by police. By comparison, the day after Freddie Gray died in the custody of police officers in Baltimore, not only did most coverage mention that Gray was black, but also included a quote from the deputy police commissioner noting Gray was arrested in “a high-crime area known to have high narcotic incidents,” implicitly smearing Gray and the entire community.

I don’t think that this is true.  The actual news coverage of Freddy Gray being arrested and then having died is remarkably void of race mention.  The ensuing RIOTS and their source of anger IS mention repeatedly.

The crime and tragedy of Freddy is not about race – the violence that followed is.

How did press reports quote the police in Waco? “We’ve been made aware in the past few months of rival biker gangs … being here and causing issues,” Waco police Sgt. W. Patrick Swanton said. Causing issues? Cops were reportedly so worried about the bikers gathering in the Waco strip mall that they had 12 officers as well as officers from the Texas Department of Public Safety stationed outside the restaurant.

I fail to understand her point here.  Yes, local cops had reason to believe that criminal activity was possible and stationed forces accordingly.  Nothing to see here.

Now there’s word that the biker gangs have issued repeated threats against the police in the aftermath of the Waco “melee” as The New York Times headline called it. During the uprisings in Baltimore, I saw a flurry of tweets about black people disrespecting property and throwing rocks at police. Now that these biker gangs have issued actual death threats, why am I not now seeing tons of Twitter posts about white people disrespecting the lives of police?

Again, the author is missing he comparison.  The arrest of Freddy Gray was not the national spectacle – the “uprisings” were.  Now, if white Waco began to riot because the local police department officials were targeting “white gang members” that would be different.

But that’s not happening here.  I suspect that white people in Waco SUPPORT their cops targeting white gang members.

In the comments on one news website, someone — presumably sarcastically — wrote, “More white thuggery. When will whites take responsibility for their decaying culture?”

As it pertains to Freddy Gray, the verdict is still literally out, but the events in Ferguson have been adjudicated.  Michael Brown robbed a store and then assaulted a cop.

If there were such a feeling among whites as to label us a community, we might say, “We don’t condone the violence or criminal activity of one of our own”.

“Race literally has nothing to do with this situation,” another commenter replied. Exactly.

So why is it that in cases such as Michael Brown and Freddie Gray — and so many others — race is made central to the story, even in instances where the black and brown people involved are victims of police violence?

The answer is that in Brown and Gray race ISN’T an issue UNTIL the protests and riots occur.

Research shows that implicit bias against black and brown people is real, as is white privilege. And studies show that white people greatly overestimate the share of crimes committed by black people. Is it any wonder, given the racialized nature with which we cover crime? According to one study, television stations covered crimes committed by black people in greater proportion than their actual share of criminal acts in the city.

Here the author is confusing pronouns, she was ‘we’ confused with ‘I’.

When one Muslim person even threatens violence in the United States, it’s treated as terrorism of crisis-like proportions. As we saw in the case of Michael Brown and Freddie Gray, even when black men are the victims of violence, the burden of proof is placed upon them and their families to show that they didn’t deserve it.

When a crime occurs and the suspect is Muslim NO mention of terrorism is mentioned, but when the suspects admit to being members of terrorist organizations and those organizations claim they have ‘soldiers’ in multiple states – yes, they are reported differently.

A counter example might be the murders of the three Muslim students in North Carolina.  The suspect sounds like an equal opportunity asshole to me but he’s immediately made out to be the perp of a hate crime for the only reason that his victims were Muslim.

When was the last time you saw an incident of a white guy going on a shooting rampage produce calls for soul searching and recrimination on the part of the white male community? Maybe it should. But how can that happen when even after nine people are dead and 170 arrested in a shooting rampage by a criminal gang of bikers, we’d rather not mention that they are white?

We use the incident as proof positive that mom and dad are right.  We do NOT riot when biker gangs are arrested. 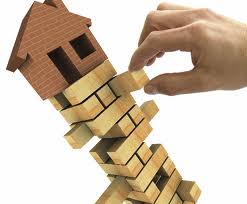