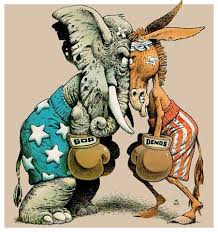 One response to “2010 Election – A Boon to North Carolina Repulicans?”