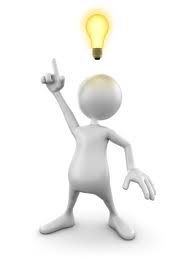 While not grabbing hold of that “third rail of politics”, the incoming chairman of the Senate Finance Committee has offered a glimpse into a new plan of his:

The Oregon Democrat cited, as a potential model, legislation that New York Senator Charles Schumer proposed in 2009 to provide all children born in the U.S. with a $500 savings account that could be put toward the cost of college, buying a home or retirement.

Under Schumer’s proposal, up to $2,000 could be deposited into the account annually on a tax-free basis, and families up to the median income would qualify for a federal match of up to $500 a year.

Now, if republicans are allowed to weigh in and help to shape the final details of this plan, this could be a true winner.

1.  The account would be privately owned and could be willed to survivors in the event of death.

2.  As a private investor, individuals could have the freedom to choose their own specific investment models.

3.  Funding could, COULD, come from FICA tax receipts

4.  This would overjoy republicans in their key hope and desire – Make more and more American citizens private investors – a demographic that votes overwhelmingly republican.

Is there a chance this goes through?  Not right now – no.  The contentious mood in Washington will prevent any form of agreement that would have to take place to get something like this through.

And that’s too bad.