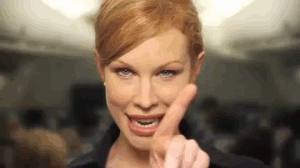 Reid is, of course, not being totally honest.  There is ONE thing that will get republicans to yes.

The fact is that Harry Reid doesn’t want to extend unemployment benefits.  He knows, just as anyone with a lick of economic sense knows, that extending these benefits only proves to act as an incentive to remain unemployed.

If an individual finds themselves in economic distress, there are any other government programs to avail themselves of – UI is not one of them.

However, Reid ALSO wants the politics of the thing to break his way.  So, how does he do this bit of tightrope walking?

Why, he denies all republican amendments:

…the majority leader once again chose to reject our ideas and block action on amendments to improve and pay for this legislation.

And if Reid would allow such amendments:

But even some Republicans inclined to support the program, such as Sen. Dan Coats of Indiana, voted no because they objected to limits Democrats had imposed on their ability to amend the legislation.

No amendments for you!