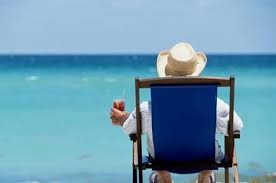 Retirement Is Our Next Financial Crisis

The last financial crisis we faced threatened the nature of  how we do business.  Some say that capitalism nearly failed.  And yes, it was bad – and continues to be bad.  However, are we facing a larger crisis in the coming years?

The State Of Retirement

As the boomers begin to retire, they are going to be facing an increasingly difficult set of facts:

The fact is, this retiring generation, and ones coming up, do not have the savings required to sufficiently live in retirement.

The quality of life for these folks is going to be impacted:

Many people will be forced to work well past the traditional retirement age of 65 — to 70 or even longer. Living standards will fall, and poverty rates will rise for the elderly in wealthy countries that built safety nets for seniors after World War II. In developing countries, people’s rising expectations will be frustrated if governments can’t afford retirement systems to replace the tradition of children caring for aging parents.

The factual element of the condition is going to break hard against expectations:

Jean-Pierre Bigand, 66, retired Sept. 1, in time to enjoy all the perks of a retirement system in France that’s now in peril. Bigand lives in the countryside outside the city of Rouen in Normandy. He has a second home in Provence. He’s just taken a vacation on Oleron island off the Atlantic Coast and is planning a five-week trip to Guadeloupe. “Travel is our biggest expense,” he says.

In Rochester, Minn., Elaine Case, 58, and her husband, Bill Wiktor, 61, both retired at 56 after three-decade careers at IBM. They have company pensions and will receive Social Security in a few years. They love to travel. Wiktor climbed Mount Kilimanjaro last year. They’ve taken a trans-Atlantic cruise and plan next year to hike Peru’s Inca trail.

“We’re both enjoying our second lives immensely and with gratitude,” Case says.

For many, the idea of retirement isn’t sitting idly beside the fire reflecting on a life well spent all the while the grandchildren  play at their feet.  Indeed, their vision of retirement is one of active leisure.

The road ahead is going to be tough.  People are going too realize that they don’t have enough money, are going to have to go back or never leave work and adult children may be faced caring for their retired parents.

However, the lurking danger will be the opportunity to impact public policy.  Watch for the Statists to reach into the funds of those folks who have saved, who have invested and who took pains to delay present day gratification for tomorrow’s benefit.

I mentioned some time back the irony in the income disparity debate.  The absolute refusal by the liberal to allow the privatization of Social Security funds in an investment account all the while demonizing the wealthy who have done just that – invested money over a long duration.

Here we will have a group of investors who willingly subjected themselves to the chaos of the market only to have the gains at risk of those who would redistribute that money.