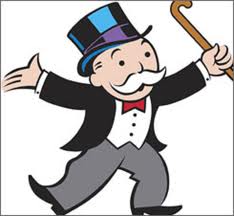 It’s a simple concept; make a thing more expensive and the demand for that thing is reduced:

Andy Puzder, the CEO of CKE Restaurants Inc. which is the parent company of Carl’s Jr. and Hardee’s, told Megyn Kelly on “The Kelly File,” that his company and others will choose to hire part-time employees instead of full-time employees because of increased costs from the health care law.

He said in the six months in 2013 before the Obama administration delayed the employer mandate, which requires companies with over 50 full-time employees to provide health coverage to all full-time employees, employers were already reducing worker hours to prepare for the law.

I am reminded of Hanlon’s Razor:

It is becoming increasingly clear, even to Obama’s supporters, that he is stupid.

This entry was posted in Idiots on Parade, Politics: National and tagged Barack Obama, Hanlon's Razor, Obamacare. Bookmark the permalink.