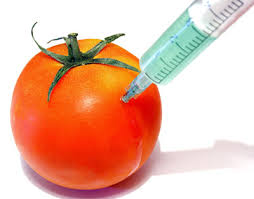 There is a ton, I mean a TON, of opinion on the concept of genetically modified foods.  Frankly, much of it I don’t understand.  From the beginning time, we have tried to accent the positive aspects of plants and animals while minimizing the undesirable ones.

So why the concern when we accelerate natural selection?  Well, more and more, people are saying:

There is no concern, none

A few weeks ago, Amy Harmon, a respected science journalist at the New York Times, turned her attention to the GMO debate, writing a masterfully textured story about the plight of the Florida orange and the role biotechnology might play in rescuing it from a potentially deadly disease. It was widely praised by independent journalists for its even-handed analysis of the costs and benefits associated with adopting new technologies, like genetic modification, to food.

As influential as the Times may be among the chattering classes, don’t expect this story to alter the trajectory of the debate over GMO foods. While every major scientific regulatory oversight body in the world, including the National Academies of Science and the Food and Drug Administration in the United States, has concluded that genetically modified foods pose no harm not also found in conventional or organic foods, the public remains deeply suspicious of them. A survey published in the same newspaper the day before Harmon’s piece ran found that 37 percent of those interviewed worried about GMOs, saying they feared that such foods cause cancer or allergies.

This one transcends political affiliation – liberals and conservatives are coming out against GMO’s.  But there is no real reason for it.

This entry was posted in Politics: National and tagged Genetically Modified Organism, GMO. Bookmark the permalink.