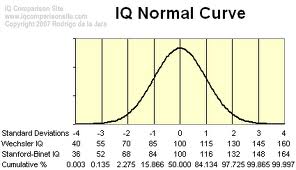 4 responses to “More Thinking On IQ”