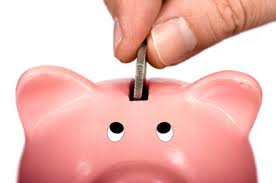 As the debate raged over Obamacare, I warned that republicans were painting themselves into a corner.  It has been correctly pointed out that the idea of the individual mandate was an idea first introduced by the right.  After all, by requiring everyone to purchase health insurance, the costs would be spread more equitably – those more likely to require care would pay more, those less so would be less.

While that debate was raging, republicans were pushing the idea of reforming Social Security.  The goal was to institute personal retirement accounts.  In other words, the government would still take 6% of your money, probably 6% of your employers money, and give you the option of investing it as you so desired.

I didn’t see the difference between forcing someone to purchase health insurance and forcing them to  purchase savings accounts.

To be sure, both are good ideas – VERY good ideas.  But having the government force it on us?  No bueno.

California lawmakers are pushing a controversial, first-in-the-nation plan that would require private-sector employers to remove 3 percent from every worker’s paycheck. The money would go into a new state fund with a guarantee that all withheld funds plus investment gains will be available for distribution at retirement age.

The idea behind the Secure Choice Retirement Savings Program, which got preliminary approval, is for it to be a state-run supplement to Social Security, but only for people who don’t have traditional workplace retirement plans. For an estimated 6 million working Californians, the benefit of a pension or 401(k) is out of reach — so state lawmakers are trying to implement the new mandatory retirement fund for private sector workers.

Now, to be fair, there is NO WAY that California doesn’t spend the money before the benefits come due causing a dramatic budget deficit.  Beyond that, however, there is little difference between this plan and the one republicans called for in social security reform.

Maybe the good news is that by being continually to the right of the crazy, the crazy will feel the need to move right.

This entry was posted in Economics, Politics: State, Republicans Can Be Leftists Too and tagged 401k, California, Social Security. Bookmark the permalink.

5 responses to “The Republican Conundrum On Social Security – California”