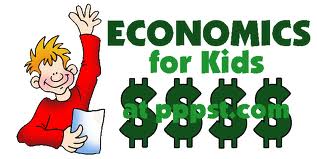 When I heard that in the 2008 Presidential election it would be the first time in a long time that we would have a true wide open primary in both parties, I became interested in politics.  Can you believe that back then, I felt that if Romney didn’t win the GOP primary I would likely support the Jr. Senator from Illinois?

Anyway, before I started blogging I was a big commenter on Alan Colmes‘ site.  Only after experiencing frustration at being unable to format my responses did I begin blogging.  But while over at Alan’s place, I realized that I knew not thing one about economics.  I Googled basic economics and was driven to Amazon’s “Basic Economics” by Thomas Sowell.

I ordered the book and my life changed.

One of the money quotes?

Venezuelans are scrounging around for toilet paper. Markets throughout the country have run out, and when they are in stock the rolls fly off the shelves.

The country of Venezuela is running out of toilet paper.

State-controlled prices — prices that are set below market-clearing price — always result in shortages. The shortage problem will only get worse, as it did over the years in the Soviet Union. [AP]

Venezuela also has tight controls on foreign currency, which makes it hard for companies to import raw materials and equipment, slowing down production of a wide range of goods, according to the AP.

I should add a correction to Mr. Sowell:

There is never enough of anything, when the cost is sufficiently low, to satisfy all those who want it.

This entry was posted in Economics, Politics: International and tagged Price Control, Venezuela. Bookmark the permalink.