Gun Control In America – A Solution Looking For A Problem 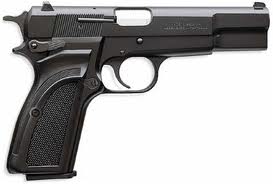 I like to think that I fix a lot of problems.  In my job I’m responsible for fixing things that are broken.  And, when all broken things are fixed and I’m waiting for t them to break again, I try and look for patterns, trends and other data that will help me in future situations.

Normally, when we see a trend in a specific condition getting worse, we investigate it, see if the trend is legit, and if so, work to mitigate it.  Understand it.  Fix it.

And then, after we think that we have put in place corrections, we watch it to make sure that what we did is really working.

And if it is…we leave it alone and just let it keep getting better:

Gun violence in America has fallen dramatically over the past two decades, and the number of murders committed with a firearm is down too, though guns are still by far the leading type of crime weapon, according to a new report from the Justice Department.

Gun violence is down.

As for where crime guns came from, the study notes that less than two percent of convicted inmates reported buying their weapons at gun shows or flea markets.

Any talk of this mythical “Gun Show Loophole” is bullshit.

What we’re doing is working.  There may be no need to take any further action.

This entry was posted in Liberty, Politics: National and tagged Gun Control. Bookmark the permalink.