Speaking Of Communities And Ownership 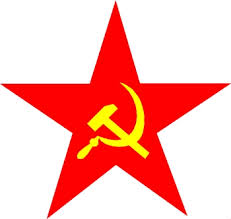 Alright, now that the left has come clean on kids:

My question to my liberal friends:

What if my “community” is one of devote Christians that love to pray before breakfast, lunch, dinner, Communion and school?

Can my community be defined by anything other than State?  Cause when you say “community” I know that’s dog whistle for “State”.

This entry was posted in Government and tagged Community. Bookmark the permalink.

4 responses to “Speaking Of Communities And Ownership”