The Birth Of The Next Housing Crisis – Day One? 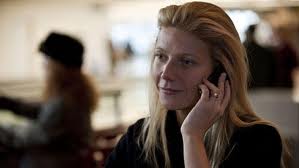 I’m not sure that we’ll have another housing bubble burst soon, or even in my lifetime.  But I’m sure that if we do, the genesis of that bubble will begin like this:

The Obama administration is engaged in a broad push to make more home loans available to people with weaker credit, an effort that officials say will help power the economic recovery but that skeptics say could open the door to the risky lending that caused the housing crash in the first place.

President Obama’s economic advisers and outside experts say the nation’s much-celebrated housing rebound is leaving too many people behind, including young people looking to buy their first homes and individuals with credit records weakened by the recession.

In response, administration officials say they are working to get banks to lend to a wider range of borrowers by taking advantage of taxpayer-backed programs — including those offered by the Federal Housing Administration — that insure home loans against default.

The best of intentions, to be sure.  But the beginnings of a potential housing contagion.

And let’s not forget the associated racist dog whistle that accompanies these efforts:

“If you were going to tell people in low-income and moderate-income communities and communities of color there was a housing recovery, they would look at you as if you had two heads,” said John Taylor, president of the National Community Reinvestment Coalition, a nonprofit housing organization. “It is very difficult for people of low and moderate incomes to refinance or buy homes.”

“I think the ability of newly formed households, which are more likely to have lower incomes or weaker credit scores, to access the mortgage market will make a big difference in the shape of the recovery,” Duke said last month. “Economic improvement will cause household formation to increase, but if credit is hard to get, these will be rental rather than owner-occupied households.”

However, to be fair, if this is Day One, then Day Zero occurred a long time ago:

Deciding which borrowers get loans might seem like something that should be left up to the private market. But since the financial crisis in 2008, the government has shaped most of the housing market, insuring between 80 percent and 90 percent of all new loans, according to the industry publication Inside Mortgage Finance. It has done so primarily through the Federal Housing Administration, which is part of the executive branch, and taxpayer-backed mortgage giants Fannie Mae and Freddie Mac, run by an independent regulator.

It’s the same song that got us into this mess, this is just a new stanza.

7 responses to “The Birth Of The Next Housing Crisis – Day One?”