Stealing Via The Government 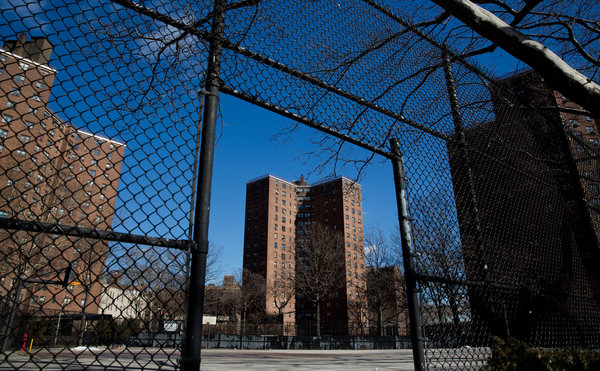 If you want something but would rather not pay for it you can:

Granted, that’s the cynical take on the process but it does present what is occurring economically.  Consider housing:

The reason for this phenomena?  Greedy landlords or slum lords?  Hardly:

The eight projects, with a combined population of more than 25,000 people, are Alfred E. Smith, Baruch, Campos Plaza, Fiorello LaGuardia and Meltzer in Lower Manhattan; Carver and Washington on the Upper East Side; and Douglass on the Upper West Side.

It’s simply economics.  When land is restricted by public use zoning laws, the price of real estate in general goes up.  And when the rent charged is limited by laws attempting to break the laws of economics, the quality of available housing goes down.  Represented her by budget shortfalls, backlogs of repairs and waiting lists.

The only natural remedy?

But soon, that patch of asphalt at the Alfred E. Smith Houses could be replaced by market-rate apartment buildings.

The New York City Housing Authority, facing one of the most serious financial shortfalls in its history, is for the first time making a major push to lease open land on the grounds of its housing projects to developers to generate revenue.

The authority wants to raise more than $50 million a year on long-term leases for parks, courtyards, parking lots, playgrounds and other property, seeking to address a $6 billion backlog of repairs.

The only thing that makes sense; open the land available to market forces and raise revenues.