We Can’t Be Racist If We Call You Racist 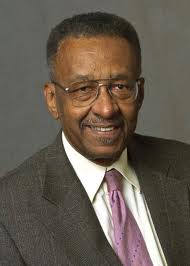 I’ve been watching the whole series of “The West Wing”.  Its a great series, I loved it then and I like it even more now.  Sadly, even as I obtained the ability to rip scenes from my DVDs, YouTube has objected claiming copyright infringement.  And I don’t wanna take material that isn’t mine so….

The scene is this:

There is a party going on and Sam is entertaining an old professor of his.  This professor wants funding for his project.

What are you for?

Sam’s point is that if you want something, all you have to do is stake ground that you are FOR something and then cast your opponent as against it.  And that has summed up the liberal left’s attack on reality.  What are you against?

See, if the conversation can be shaped into one where there is a good guy and a bad guy, and you simply make sure that you are the good guy, then whatever it is that you are proposing is “good.”

A student at Eagle Rock Junior High won first prize at the Greater Idaho Falls Science Fair, April 26. He was attempting to show how conditioned we have become to alarmists practicing junk science and spreading fear of everything in our environment. In his project he urged people to sign a petition demanding strict control or total elimination of the chemical “dihydrogen monoxide.”

And for plenty of good reasons, since:

He asked 50 people if they supported a ban of the chemical.

This is where I think that left is playing fast and loose with race.  See, the left sells this notion of a minimum wage as a way out for minorities and the poorest among us.  In reality, the minimum wage traps those very people into a continuous cycle of unemployment and dependence.  And who wins?

The rich elite labor leaders who just so happen to mobilize to elect those very same democrats and siphon millions upon millions of dollars from their ranks into the coffers of democrats across the country.

The minimum wage is one of the most effective tools for racism in the world.