The Liberal War On Black Americans 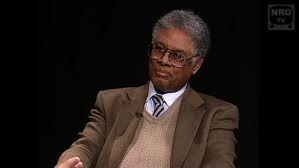 Thomas Sowell on the impact of the minimum wage as it pertains to minorities in America, specifically black Americans:

Over the years, some of the most devastating policies, in terms of their actual effects on black people, have come from liberal Democrats, from the local to the national level.

As far back as the Roosevelt administration during the Great Depression of the 1930s, liberal Democrats imposed policies that had counterproductive effects on blacks. None cost blacks more jobs than minimum-wage laws.

In countries around the world, minimum-wage laws have a track record of increasing unemployment, especially among the young, the less skilled, and minorities. They have done the same in America.

One of the first acts of the Roosevelt administration was to pass the National Industrial Recovery Act of 1933, which included establishing minimum wages nationwide. It has been estimated that blacks lost 500,000 jobs as a result.

Fortunately, the high inflation of the 1940s raised the wages of even unskilled labor above the level prescribed by the minimum-wage law. The net result was that this law became virtually meaningless, until the minimum-wage rate was raised in 1950.

During the late 1940s, when the minimum-wage law had essentially been repealed by inflation, 16- and 17-year-old blacks in 1948 had an unemployment rate of 9.4 percent, slightly lower than that of whites the same ages and a fraction of what it would be in even the boom years after the minimum-wage rate kept getting increased by liberal Democrats.

And who gains by the enactment of minimum wage laws?

Obama and the democrats continue to wage an economic war on a group of people in the most need of our help  in order to win the union vote and its financial gravy train.

2 responses to “The Liberal War On Black Americans”