The Continued Assault On Undereducated And The Underskilled 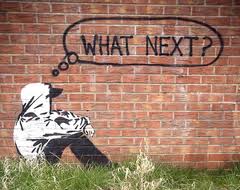 On Tuesday night, Barack Obama announced a continued assault on the prosperity of America’s most vulnerable; the undereducated and the underskilled.  He did this in his annual State of the Union Address when he announced a desire to raise the federal minimum wage to $9.00 an hour.

While the president may very well feel that he can slow the rise of the oceans:

Yes, while he may slow the rise of the oceans, he is not able to defy the laws of economics.

Now don’t get me wrong, the intentions are noble and honorable, if you are to believe politicians are capable of such things.  We all would like to see the folks who make the least be able to earn more and enjoy a better life.  We want to see a steady rise n the incomes of the poorest among us so that they too may avoid the constant worry of bills past due and the need to feed hungry children.

But that isn’t what Obama is doing.  In fact, what Obama is doing is sacrificing the very people that he claims to be helping in order to make a catchy and effective sound bit during his speech.  See, raising the minimum wage doesn’t help the people who are the ones making the least amount of money; it hurts them.

The minimum wage prevents business from hiring them in the first place.  It raises the barrier to entry past the meager skills that they posses.  At a time in their life when they should be willing to take a job, any job, to learn new skills, become proficient in new trades and crafts, during a time when they need to begin to understand the expectations of employers as it relates to employees, they are being priced out of the market.

The market is very effective at setting the value of scare resources.  And labor is nothing more than a scare resource; we all want more of it as cheaply as we can get it.  And so, in the course of voluntary trade, we set the rate at which we are willing to pay for it.  And most labor, believe it or not, is set at rates already ABOVE the minimum wage.

But for those entering the job market, such as high school kids, they are finding that they lack the skills required to demand such a wage.  And as a result, they are being left behind and find themselves unemployed.  This at a time when we need these young people working.  The years lost at the beginning of the working career are very difficult to make up.  And the longer they are out of the work force, the further and further they fall behind those in it.

If you wanted to target the poor an the undereducated, many of which are minorities, you would be hard pressed to contrive a more malicious program that would guarantee to make life worse for those folks than the impacts of minimum wage laws that Obama supports.

Barack Obama has made a decision.  He has placed a bet that he can secure the Union vote by selling out the poor, the undereducated and the underskilled all the while using words and rhetoric that would cause that group of people to support him.

It is depravity at its worst.

3 responses to “The Continued Assault On Undereducated And The Underskilled”