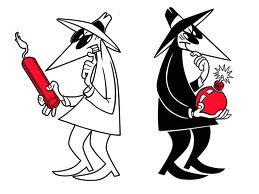 I’ve mentioned before that I’m a relative new comer to following politics.  And certainly, this is the first time that I’ve followed and paid attention to politics real time.  So I’ve never been in the circumstance of having to critique a republican president.

To be sure, at the end of Dubya’s term, I was aware and didn’t appreciate the lack of end-game concerning the two wars, I didn’t like the fact that we were detaining suspects with no real intention of trying them and I didn’t like the stimulus.

However, now we’re into Obama’s 2nd term and I’ve noticed a definite lack of prosecution regarding the subject of drones, drone strikes and the use of such as it concerns targets; foreign and domestic.

I would have guessed at such silence.  After all, politics is, in many ways, a zero-sum game; the other guy wins when you lose.  So  liberal to take Obama to task for such abuse of power is counter-productive to their “cause”.  I get that.

“We trust the president,” former Gov. Jennifer Granholm of Michigan said on Current TV. “And if this was Bush, I think that we would all be more up in arms because we wouldn’t trust that he would strike in a very targeted way and try to minimize damage rather than contain collateral damage.”

This isn’t a critique of policy where one side “attacks” the other guy and silently disagrees with our guy.  This is a case where the policy is okay in the hands of our guy but wrong in the hands of the other.

In other words, the act of killing Americans, foreign suspects and innocent civilians isn’t wrong a priori, it’s only wrong in the hands of President Bush.

The only thing more surprising than thinking this?